Use Telekom Speedbox LTE IV on the go (test 2) 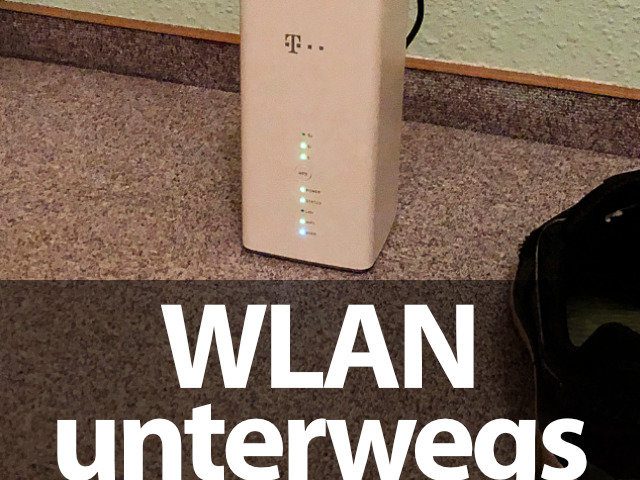 The Telekom Speedbox LTE IV makes it possible to use the Internet while on the move with access to a socket via the 4G cellular network. This is a good alternative to fiber optic and DSL connections for setting up a WLAN network on vacation, when traveling or if the wired network fails. In addition, you can do without a large data tariff for your smartphone and you can also provide your laptop, tablet and the devices of other passengers with WiFi internet. This is what happened to me on the weekend; I was out and about with the Telekom Speedbox LTE IV and was able to plug it in at the accommodation.

Telekom Speedbox LTE IV used on the go: Simply plugged it into the socket in the school camp and had a stable connection despite being in close proximity to the foreign network.

I already know how to set up the Telekom Speedbox LTE IV so that you can use it at home, in the office, on the construction site, on vacation, etc. in the first test and experience report on the device shown. At the weekend I now had the chance to test the cellular router that had been set up with LTE usage on the go. I was traveling in an area in which Telekom has been expanding its network somewhat in recent years and in which there was therefore relatively good 4G coverage. The tricky thing was that the place was near the border and I was already automatically dialed into the foreign network on my iPhone. Nevertheless, the Telekom Speedbox LTE IV worked very well.

WLAN obtained from cellular networks can be used over several floors

I spent the night in a school camp, in a room under the roof (2nd floor). Breakfast was then two floors below (ground floor), where I still got two of three WiFi curves displayed on the iPhone. The fellow travelers could also use the sufficiently fast connection - read and write e-mails, check the navigation for the onward journey, call up the weather report and also play a funny video from YouTube; that went without any problems. And all that was needed was the Telekom Speedbox LTE IV and a SIM card with a data tariff. Transparency notice: Deutsche Telekom made both available to me free of charge for test purposes.