Anyone who knows me and has followed this blog a bit longer knows that I am always interested in new technologies and their application in everyday life as well as on special occasions. If Apple products are also used, then that's a great reason to write an article about it. Since I was not present at the opening of the exhibition by Silvia Grav, described in this entry, in which virtual reality and augmented reality also played a role, I would like to leave the floor to my colleague Johannes Domke at this point.

An Apple-loving artist from Spain with new art in Portugal

On May 14, 2016, at 16:00 p.m. local time, the Galeria Red Nankim the artist's new solo exhibition in Porto Silvia Grav opened. The exhibition bears the title this is not here.which strongly suggests the accompanying themes that resonate over the monochrome colored works: Virtual and Augmented Reality or Virtual Reality and Augmented Reality. Or let's make it short: in addition to edited photos, there was also VR and AR. 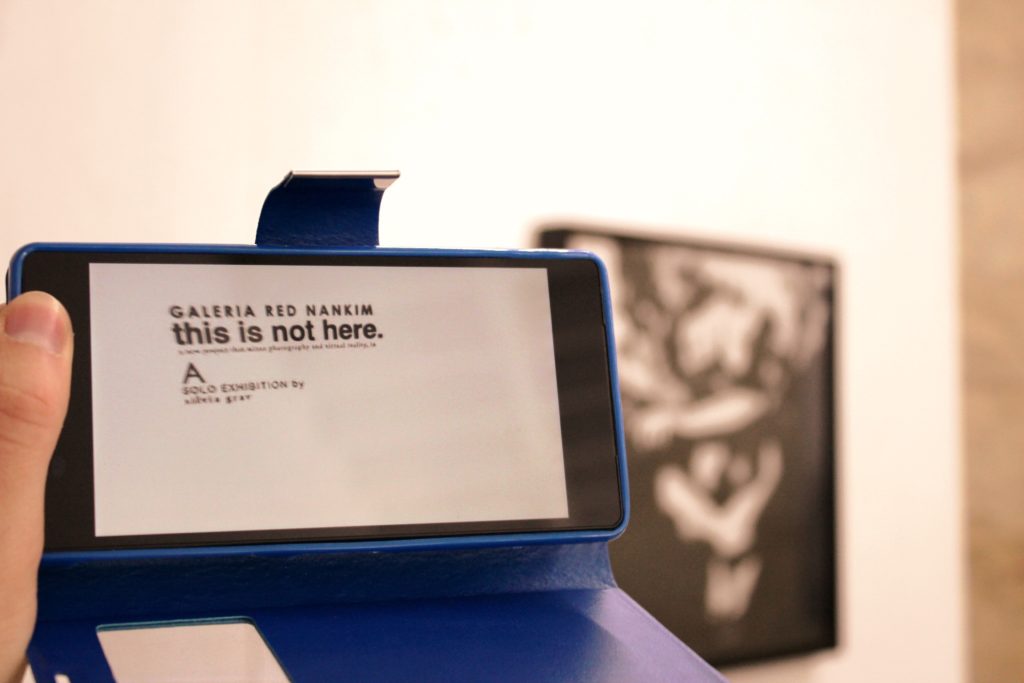 The exhibition can still be visited for around a month. The gallery, which is very inconspicuous in the Avenida Vímara Peres 50 is hidden, is the tourist information office on the right and the famous bridge on the left Ponte de Dom Luís I. From 15:00 p.m. to 19:00 p.m., in addition to large and small-format works of art with emotional demands, modern and app-heavy works by Silvia Grav can also be admired. The artist herself, born in 1993 and has worked internationally several times, was also present at the opening.

So you can admire the virtual reality of Silvia Grav

If you want to experience the exhibition in full, you need to bring a smartphone and a little time. If you want to save the latter, you should first download both the YouTube app from the App Store in360Tube and the AR app Aurasma download. But you can also do this on site, because the gallery offers free WiFi. However, you must be asked for the password. If the connection is too slow: There is a snack bar right across the street that also offers Wi-Fi - basically there is Wi-Fi throughout Porto.

And there we are already on the subject: society has become digital. It is hardly a process anymore, but rather the result of it. And so art today is no longer just painted or printed paper, carved stone or blown glass. Young artists like Silvia Grav also ensure that change is happening in culture just as it is in the rest of society. For example, you can use the app Aurasma Point his smartphone camera at a work of art in the exhibition and then see the original, unedited photo on the display - and it moves with you. 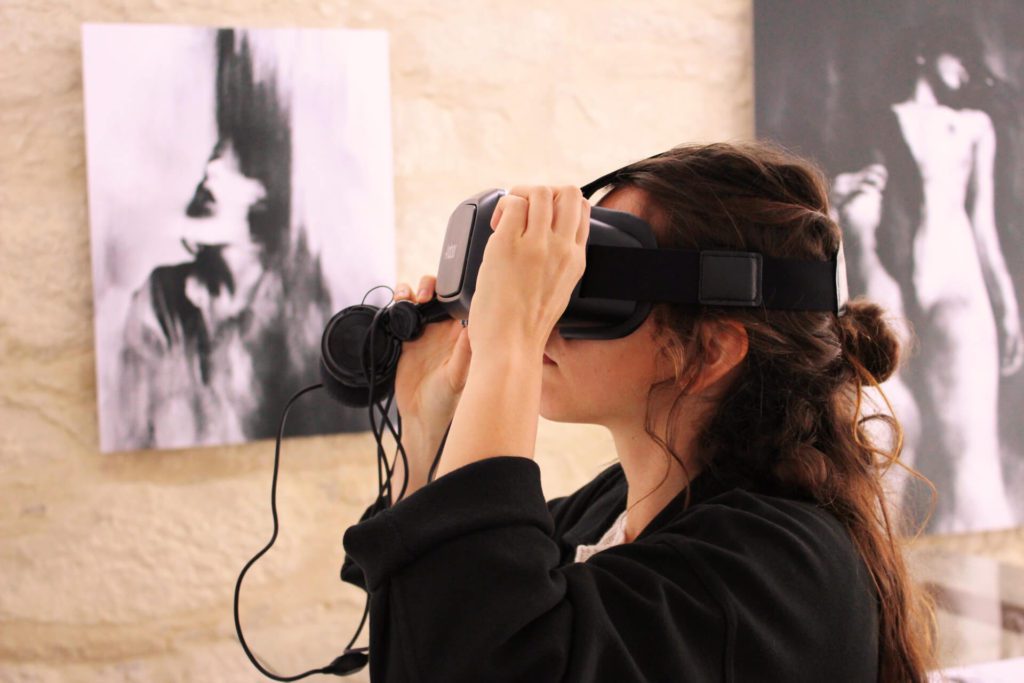 With the app in360Tube a little more effort has to be made. There are in the Galeria Red Nankim two VR glasses and one headphone each available. You insert your smartphone into the glasses (different sizes fit), start the app and the selected video (the required search terms are provided on an information sheet), close the VR tool, put it on along with the headphones and discover new art Wise. The finished work of art is gradually put together. You have to look around to experience it in its entirety - and only after a while is it complete.

What are the possibilities for artists and viewers?

Silvia Grav is a pioneer in terms of this new kind of art. In addition to the finished work of art, she will also be presenting in the new exhibition this is not here. innovative ways to communicate and to be noticed. In other words: the work process and the history behind a picture or a collage become easier to see. Both graphically and intellectually, new levels can be reached - if only because a lot is created in Photoshop and the levels in the finished 360 ° video can also be understood as such.

Does this disenchant art? Not really, because even if the original (and admittedly unspectacular) photo on which a work of art is based and which can be viewed via AR, the emotional level is taken away or even if the 360 ​​° view does not mean the work as a whole can be seen, a completely new level is created here intellectually. The commitment of the artist, who mostly uses herself as a model, is conveyed. The craft, which is also part of the digital processing of images, is made understandable. The displayed original can also be understood as the observer's point of view and the work of art can be seen as an expression of the observed. At the same moment, two perspectives are shown.

An interview with Silvia Grav; by Johannes Domke and exclusively for Sir-Apfelot.de

At what point in your life did you decide to become an artist - or did it come naturally as a development from another hobby or area of ​​interest?

Silvia: As long as I can remember, I've always been able to draw quite well. I guess that, and the art, doesn't seem to be boring, even if I do it for the rest of my life.

Have you always been interested in technology and its possibilities in art?

Silvia: In a way. The thing is, until not long ago, I didn't have the resources and the open mind to imagine the opportunities I see now.

When did you decide to use virtual reality and augmented reality in your art?

Silvia: A few months ago I saw a movie in a VR show at a party in Los Angeles and I was intrigued. I already knew the possibilities of virtual reality, but until that party I didn't know how easy and affordable VR is with smartphones.

I've seen you work with Apple products. Why this - did you find them best for your work after trying different systems, or are you using them purely out of intuition?

Silvia: I don't have a lot of patience and also not that much time; and after having a PC and then trying a Mac, I just couldn't go back. I don't really know if they're better or worse for other things, but in three years of non-stop working with my laptop [MacBook] I've never had a problem.

What other possibilities do you see in VR and AR? Perhaps you can tell me something about the upcoming collaboration with scientists in this field?

Silvia: The nice thing is that I feel like a child and learn something new every minute. I have no idea how the collaboration will turn out yet, but it will have something to do with experiments on perception.

Do you see the neuroscientific opportunities of VR and AR mainly in the arts (and maybe in gaming) or elsewhere?

Silvia: I see opportunities everywhere: the most important one is education. Also for many diseases, for the treatment of trauma, depression, social problems ... Emotional intelligence is one of the most interesting areas for me. Especially the empathy. There is a wonderful project called "The Machine" which is another experiment in empathy with VR. I highly recommend it.

Silvia: The exhibition itself was a game that allowed me to play around with the possibilities of VR. I've never done this before, so it had taken a while to think about new ways of expressing things. So I wasn't expecting any of this either, I put together an exhibition that would work for itself (without the VR) and just added a few things that I was currently trying out.

How did you find the gallery for the exhibition, do you have a special interest or special offers for technology-savvy artists?

Silvia: You wrote me an email and I always wanted to go to Porto and play with the VR possibilities, so it was the perfect excuse. Not really [in response to the question about the special equipment of the gallery], they were only interested in my photographs, but I told them about VR and they were happy with that too.

What else do you want to tell? Is there a question that you always wanted to answer but was never asked?

Silvia: I think I don't have any big questions anymore. Except, of course, the classics: What happened before the Big Bang and whatnot. I just want to see the future. And how it will change us, the way we feel, the way we communicate with each other. I think the world is already a great place to live, but I sense that it is becoming less unfair and the perspective we have on everything is getting deeper.

Maybe you have a final statement about Apple products for Sir-Apfelot.de?

Silvia: Just that I'm happy to work with it. 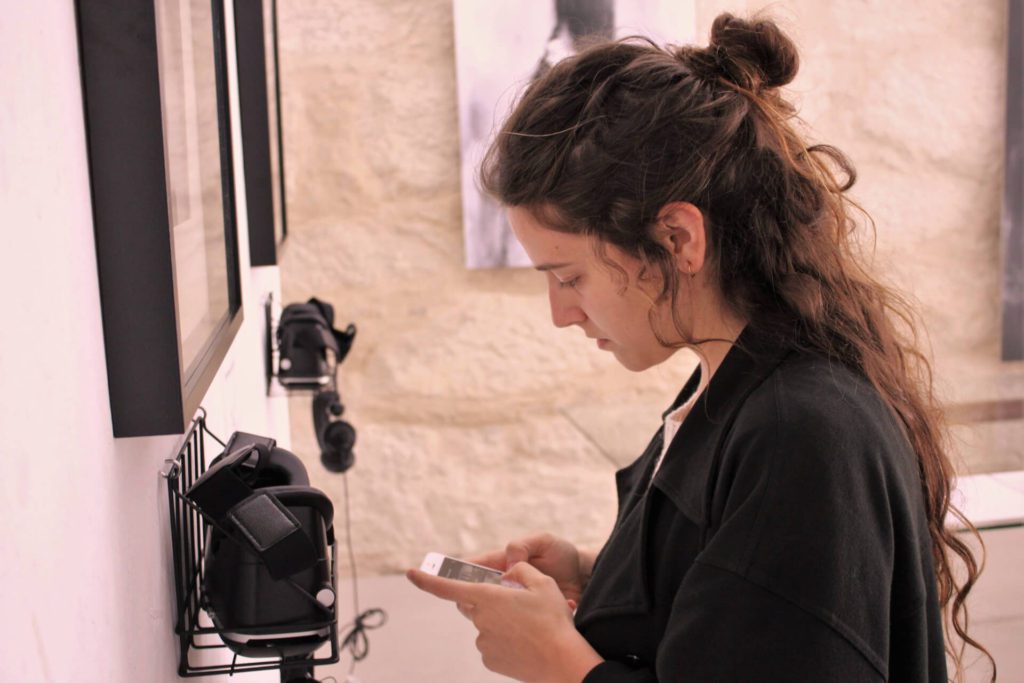 Virtual realities are also conceivable in other areas

As Silvia also told me, the collaboration with a neuroscientist is planned for her further efforts in the virtual areas. And that's another interesting starting point. The therapeutic areas of medicine have long recognized the value of VR. For example, abstract phobias can be treated with virtual exposure therapies. The advantage, not only for spiders or fear of heights, is: it can be canceled at any time.

Silvia Grav was born in Spain in 1993 and started studying fine arts in Madrid. But she dropped out before the second year of study. Three months later and Silvia was just 19 years old, her art became so well known and recognized almost overnight that she can now work as a full-time artist. The platform Flickr For example, she was named one of the best photographers under the age of 20 at the time. The result: a trip to the USA and many contacts. Silvia Grav has meanwhile worked for many companies such as HBO, Lexus, Ninja Tune, Domestika and more.

About the author of this article

Johannes Domke is a freelance copywriter, translator and corporate blogger born in 1990. He also does a lot of other things, writes in many other areas and text genres and, and, and. He actually comes from a small town near Pirna or Dresden and is currently in Madrid. Johannes Domke drove from there to Porto together with the artist and one other person as well as a fully packed car and viewed the exhibition described in order to report (not entirely exclusively, but at least) for sir-apfelot.de, and of course also to have been to Portugal. Small side note: the photos used for this article were also created by Johannes Domke.