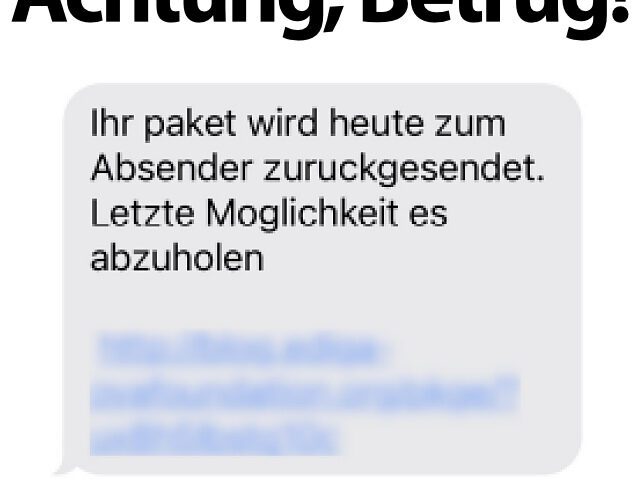 After several million data records were stolen from users on Facebook, LinkedIn and Clubhouse, there is now a flood of fake SMS messages in German-speaking countries. In these a package is announced, its dispatch is shown or the delivery is confirmed. There is always a link that you should not tap under any circumstances. Regardless of whether you have an Android smartphone or an iPhone with iOS - the link on both systems can ensure that malware sneaks onto the device or that phishing attacks take place. Incidentally, official bodies warn against SMS with different texts.

Fake SMS are making the rounds and offer a supposed tracking link for a parcel or other mail item. You should NOT tap this link. You can find details on the Fraudulent Parcel Tracking Message and Smishing here.

"Smishing" is the new art term used for Phishing-Trying by SMS was created. The point here is that fraudsters send an SMS to cell phone numbers obtained through data leaks and announce a package in it or confirm its dispatch - sometimes even with a personal salutation.

The SMS contains a link that can serve various purposes. Either it ensures that malware is downloaded (which is more the case with Android) or it leads to a website on which personal data or access data are to be accessed (also dangerous for iOS users). 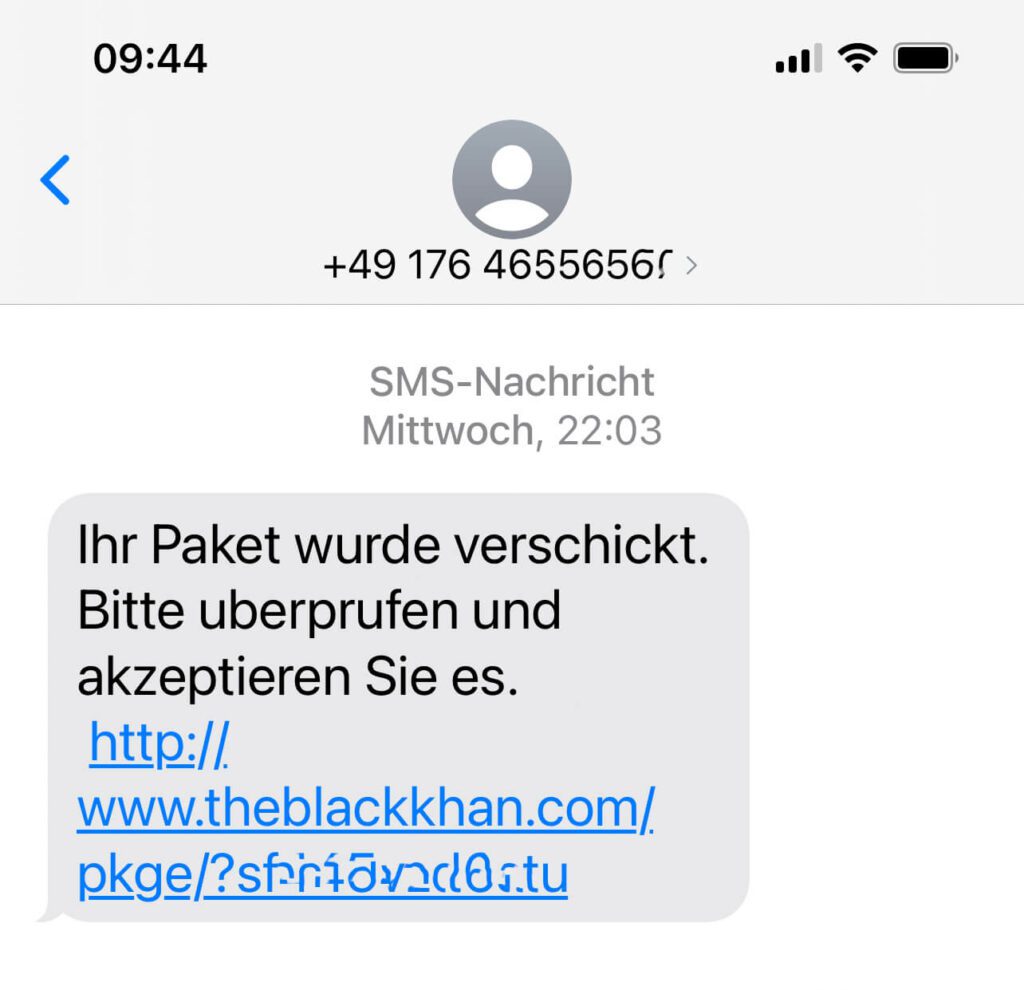 This is what a smishing text message looks like, for example. I made the link and the telephone number a little unrecognizable, but the structure is basically always similar (screenshot: Sir Apfelot).

There are current warnings from various sources:

Notes: The various text versions of the SMS messages are shown on the LKA Lower Saxony website. So if you get a suspicious short message, you can match it there. The BSI also provides answers to the questions "What do I do if I have received such a text message?"And"What do I do if I have already clicked on a link and / or disclosed data?".

The iOS update to version 14.4.2 has been out for a few days. It is important with regard to the current smishing messages because it closes a security loophole that could possibly be exploited by the messages or by the pages to which the links lead. So if you are still using iOS 14.4.1 or an older iOS version, you should be on one compatible device perform the current update. To do this, you tap on Settings -> General -> Software update. If you are already using the current iOS version, it says "iOS 14.4.2 Your software is up to date".