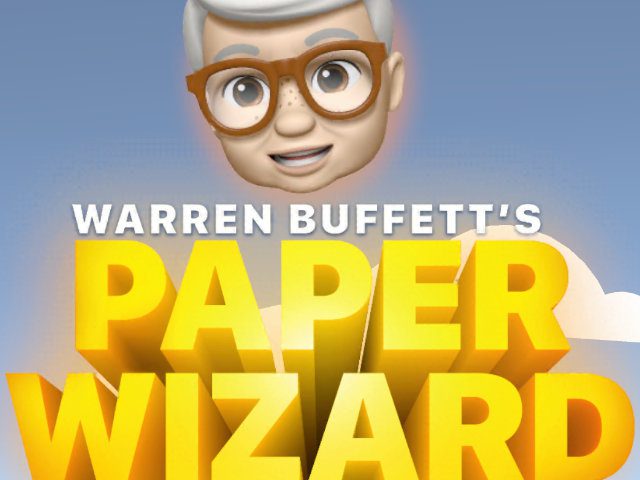 The annual meeting of the Berkshire Hathaway holding company and its stakeholders was held over the weekend. There was also star investor Warren E. Buffett, who appeared at the start of the event in a short film in which Tim Cook, Apple's CEO, made a cameo appearance. Several inventions were discussed in Apple's super-secret lab, such as: B. a time machine. The quest for the next big thing ended with an app designed to address Warren Buffett's newsboy past. And how now MacRumors shows, it wasn't a joke - with Warren Buffett's Paper Wizard the game actually found its way into the App Store. 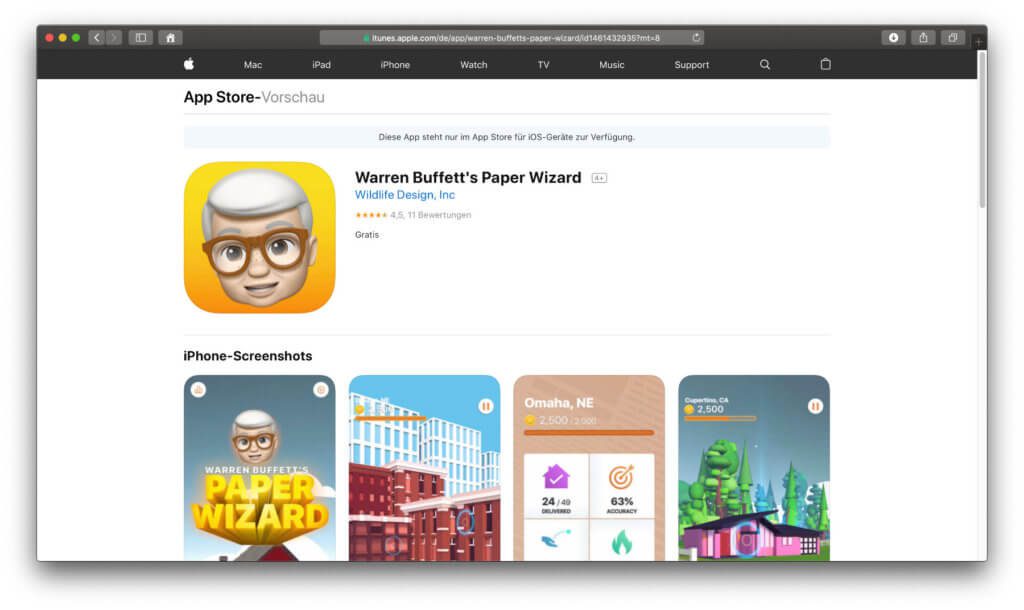 The game app Warren Buffett's Paper Wizard from Apple was no joke - the download for iOS devices has recently become free!

In the game Warren Buffett's Paper Wizard it's about throwing newspapers more or less precisely so that they hit the circled areas on buildings. By hits you earn so-called "Warren Bucks". The whole thing is of course similar to the classic game Paperboy, which was only recently included The VideoKid got a retro tribute. However, the new Apple game for iOS devices is contested from the first person perspective.

You aim at the various targets in the 3D world by dragging on the lower area of ​​the screen. The trajectory is displayed accordingly. Similar to Worms, you have to learn to assess ballistics at the beginning. But then you can face the increasingly difficult tasks that await you in the two game worlds - Omaha, Nebraska and Cupertino, California. The goal is clear: the "Apple Park" of the technology giant;)

For fans of paperboy, worms and games of skill, this newsboy game could be interesting;)

The download from the Apple App Store for iOS devices like iPhone, iPad and iPod Touch is free. On the screenshots you can already see some of what awaits you - but not all of it. Obstacles such as vehicles and birds cannot yet be assessed, but a welcome challenge in the game!

With the launch of the iOS App Store in 2008, Apple immediately launched its own game: Texas Hold'em. Yes, a very simple app for playing poker: D Since November 2011, the game that was available for iPods without iOS since 2006 is no longer available. With Warren Buffett's Paper Wizard So Apple is bringing out its first own game for mobile devices in 11 or 13 years.

Wildlife Design, Inc is listed as the developer on the app download page; but if you look at it Game Terms of Use, then Apple, Inc. is listed there as operator and copyright holder. The maintenance, i.e. the further development as well as the publication of patches and fixes, is also the responsibility of Apple. Whether this means that the Mac company will bring out more of its own games in the future remains to be seen.