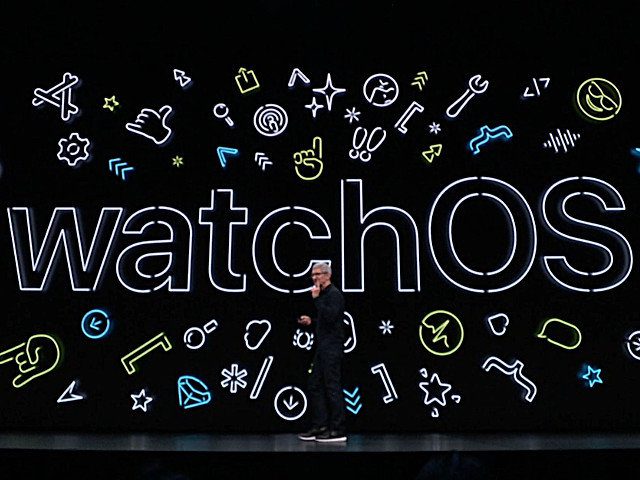 At the WWDC 2019 keynote on Monday, Apple has next macOS 10.15, iOS 13 and the new one iPadOS also Watch 6 presented for the Apple Watch. Both optical measures in the form of new watch faces (dials) and new audio experiences were highlighted. In addition, there are new apps and the option of adding your own apps to the clock without an iPhone in the future. There are also innovations for health, which can be monitored with the Apple Watch. Not only in terms of general fitness, but also in terms of the ears and their well-being. Last but not least, with Cycle Tracking from watchOS 6 there is also a special app for monitoring the menstrual cycle.

As part of the WWDC 2019 keynote, Apple presented watchOS 6 as the upcoming Apple Watch operating system.

A total of five new watch faces for the Apple Watch with watchOS 6 were presented. The Gradiant Face is a minimalist display in which color transitions break at the pointers and wander with them across the display. The Numeral Face is for friends of Roman numerals. Because behind the hands, the corresponding symbol is displayed depending on the current hour. The Digital face is the simplest and shows the time in large numbers in a rounded font. California Dial however, is reminiscent of a classic watch in the higher price range. But that is the most extensive Solar Face. In addition to the time, the position of the sun, the day and the date as well as other data are displayed.

Not only are new faces appearing on the Apple smartwatch, but also practical applications. So it becomes one Audiobooks-App that is not only used to listen to audio books, but is also there to navigate through the individual chapters. Also comes the Voice Memos App on the Apple Watch. Placed on a face as a complication, you can record a voice memo directly from the start screen. Also one calculatorApplication will be available with watchOS 6. This includes functions for calculating the tip and splitting the bill (more interesting for US customers). Cycle tracking comes on both the watch and the iPhone (see below).

New native apps for the clock from Cupertino.

In addition, there will soon be the option of realizing audio streams on the Apple Watch without the iPhone. By means of the Streaming audio API App developers can offer their music, podcast, radio play and audio book streams directly for the watch. And another important step towards independence for wearables: a dedicated app store. The Apple Watch App Store can be accessed, searched and used for purchases and downloads directly on the watch. The preview and the view of the app descriptions as well as the display of the ratings have been specially adapted to the small display.

The Apple Watch App Store is a stripped-down and adapted version of the previous versions for iOS and macOS.

Health and fitness with the Apple Watch

The colorful Apple Watch ringsthat should motivate you again and again to exercise, get fit and do sports, are good for a short-term incentive. A new solution will soon be available so that results can be documented and progress can be displayed over a longer period of time. With Activity trends There is a new function on Apple Watch and iPhone that allows the fitness data of the last 90 days and the last 365 days to be compared and developments to be tracked.

With the activity trends, values ​​for movement, running speed, standing time and so on can be compared over a longer period of time.

Furthermore, the new Noise App presented, by means of which you can measure and display the ambient noise. The display can also be set up as a complication on the watch face. Apple guarantees that despite the use of the microphone for the application, no audio will be saved or transmitted to Apple. Depending on the volume determined, the app changes from green to yellow to red. There are also safety instructions and tips for protecting your hearing.

Listen! Or rather not ... The new Noise App shows how loud it is.

Cycle Tracking - an eye on menstruation and fertility

Cycle tracking is something for the users of the Apple Watch, but also the iPhone. Apple is not only bringing the application to the watch, but wants to equip as many women as possible with it. In the app, data on the current cycle can be entered, those of the last cycles can be called up and forecasts can be viewed. There is also information about (possible) fertility on the corresponding days. On the one hand, this can help contraception and, on the other hand, it can help with family planning. By the way, at t3n there is an interesting article on the topic: "This is how cycle startups react to Apple's new tracker function" - view here. Oh yes: By the way, there are of course also new straps for the watch. Since the Pride month is currently being celebrated, there is of course a new rainbow band.

With Cycle Tracking you can enter the menstrual cycle, track cycles and read forecasts.