What does the abbreviation mAh mean? 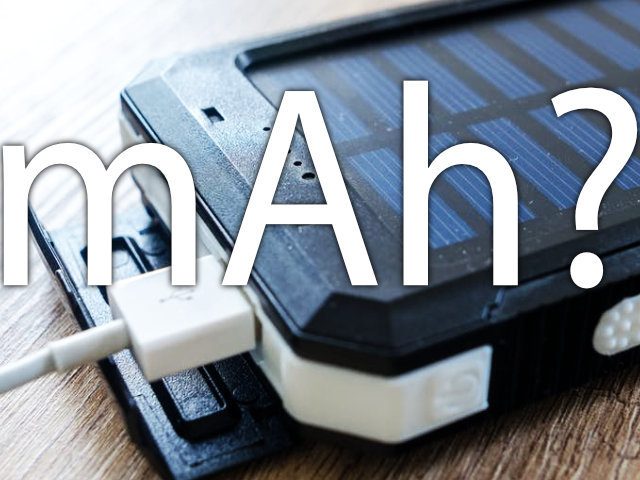 When it comes to batteries, a power bank, the battery of an Apple iPhone or MacBook, DJI drones, cameras or other mobile devices and their power supply, the abbreviation mAh is often used. But what does it mean and what does it say? What conclusions can you draw from the mAh information and which values ​​should you also have in mind? The answers to these and other questions are given below.

What does the abbreviation mAh actually mean? You are sure to ask yourself that when you research iPhone, iPad, power bank, camera, drone and the like. Here is the answer to your question!

I will go into the mAh, i.e. the mAh, in the next paragraph. First of all, just briefly: The starting value for the unit is the ampere hour, which is a thousand times a milliamp hour. It indicates the amount of charge that flows through an electrical conductor in one hour (h) as long as the electrical current is 1A.

If you are charging yourself to a smartphone battery, the technical data of a laptop or if you want to buy powerful AA batteries, then you will surely get past the unit of measurement mAh. This denotes the physical quantity of the milliampere hour; so the thousandth of the ampere hour (Ah). Often the specification (also admittedly here in the blog) is referred to as the “capacity” of the electricity storage system, which is not entirely correct, but has become commonplace in everyday language.

The ampere-hour Ah or mAh mAh usually only indicates a nominal charge or a "charge carrier capacity", which differs from the power capacity (to be specified in watts). In practice, however, the ampere value can be used to indicate the running time of the rechargeable battery or the battery with a constant discharge current. The equation for determining the battery life is therefore: t = Q / I - where t stands for the time (h); Q for charge (Ah); I for discharge current (A).

Let's take that as an example AUKEY PB-N15 power bank with 20.000 mAh or the equivalent of 20 Ah. Their discharge can be realized with a maximum of 2,1 amps, which means that we can apply the above equation for the running time as follows: t = 20Ah / 2,1A. This means that the runtime of the power bank at the maximum discharge current is 9,52 hours. However, you should bear in mind that many, especially older devices, sometimes only discharge with one, one and a half or two amps.

A closer look with energy storage capacity Wh or kWh

As already mentioned above, ampere-hour and milliampere-hour only indicate a nominal charge or “charge carrier capacity”. It has little to do with the electrical capacity, which is given in Farads, or with the power capacity in watts. More meaningful for the energy storage capacity and thus with the actual boom in the battery are the values ​​Wh (watt hour) and kWh (kilowatt hour). However, with the information in mAh, you can calculate those quantities if you know the output voltage in volts.

With the power bank mentioned above, the output voltage is, for example, 5V. If you compare this 5V with the 20Ah of the mobile electricity supplier, you get a value of 100Wh using the equation W = Q * U. Incidentally, this is also the limit value for power banks and similar batteries / accumulators that you use in the aircraft hand luggage can pack.

The abbreviation mAh stands for milliampere hour and indicates the nominal charge of the accumulator, battery and Co. However, this means that the actual capacity is not specified, but only a guide value for the runtime of a battery with full memory. The actual battery capacity of smartphone, tablet, camera, power bank and so on is only calculated by multiplying it by the output voltage. If you convert the data from the power bank and the smartphone equally, then you can specify more precisely how often you can charge the smart phone with the mobile power storage.