What does Amazon Prime include? 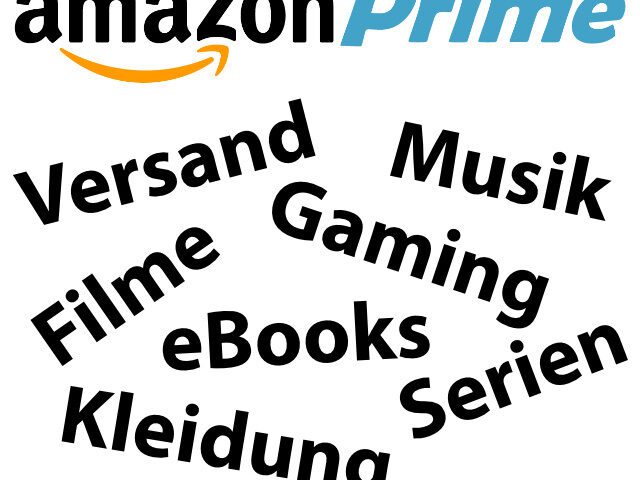 Amazon Prime is no longer just a subscription that saves shipping costs for Amazon orders. Meanwhile, the offer also includes other services, thanks to which z. B. Music, films and series can be streamed. But even those who like books, want to order clothes or are interested in gaming can take advantage of a number of advantages. If you want to know what Amazon Prime includes, you've come to the right place. In the following I have listed the individual components for you.

What does Amazon Prime actually include? Information on subscription benefits such as video, music, reading, gaming, wardrobe and Co.

What does Amazon Prime actually include?

Amazon Prime started in 2007 as a monthly or annual fixed price subscription, through which subscribers bought and bought free express delivery. Over time, however, there were other advantages. So came with Amazon Video (today Prime Video) a streaming service with which films, series, documentaries and other content can be consumed. Some titles are included in Prime; others can be borrowed or purchased at an additional cost. Also came Prime Music in addition, a music streaming service through which millions of songs by tens of artists and bands can be heard and downloaded for free.

In addition to films and music: Prime Reading for eBooks

Prime Reading is a bit newer than the streaming services Amazon combines with subscription. This offer is free reading material that can be read with the Kindle app, Kindle reader, or Kindle cloud reader. Anyone who is a member (according to Jeff Bezos, the Amazon CEO, there were already 2020 million users at the beginning of 150) can use a kind of library here. This has novels, mangas, children's books, journals, magazines and also some non-fiction books ready. Well-known titles from Harry Potter and Batman to Pokémon and Spider-Man to Stern and AutoBild are listed. more details you get here.

The connection between Amazon and the live streaming platform Twitch is somewhat more special. There, viewers can give the people in front of the camera a few euros in different ways. This is done through donations in a freely definable amount and through subscriptions. The latter have a fixed price. A subscription per month can, however, be realized by means of Prime membership instead of a transfer. So you support a streamer for a month free of charge and don't pay anything yourself. The subscription can be renewed after one month. There is also in-game loot via the Amazon gaming offer, i.e. game content. More information about Twitch Prime you can find here.

All Amazon Prime advantages at a glance

In addition to the already mentioned advantages of the subscription, which are certainly interesting for many, there are also smaller and more special offers. Here is an overview of the advantages of an Amazon Prime subscription as a whole:

If you are looking for information about the services of Amazon Prime for the first time and are curious about them, you can take advantage of free test offers. Because if you have never linked your Amazon account to a Prime subscription, you can test the advantages shown for at least 30 days free of charge. Often, however, there are also promotions thanks to which Prime and its individual partial services can be tried out for a full 3 months free of charge. Which trial offer is currently valid, you see on this page.