What is a keylogger? 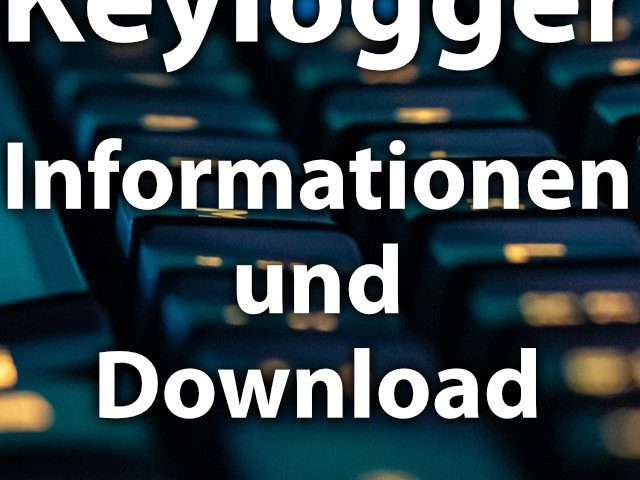 There are various software and hardware solutions for recording inputs on a device such as a computer, smartphone and tablet, which are referred to as keyloggers. The keylogger records which keys are pressed and which words, phrases and texts are entered with them. The logging app lets users understand what was entered on a device in a certain period of time. This can be used to spy and steal passwords, but also to create backup copies of important texts (if Word, Pages, WordPress or similar). Here's more information about keylogger software for computers, smartphones, etc.

What is a keylogger? Here you get an answer to the question about backup or spy software.

Keyloggers are particularly useful for recording keyboard inputs on a Windows PC or an Apple Mac. Because most of the time is written on the computer. You can also track and log which websites were accessed from the computer, for example to understand your own user behavior. On the other hand, keyloggers should of course not be considered spyware install on someone else's computer; that's not just illegal. Because such a placed Trojans By definition, spyware is malware that ends up on the computer unintentionally. Users you follow in this way and whose keyboard entries you record will take legal action against you. In addition, it is an intervention in the life of another person that one has to refrain from. So don't even think about it.

Use the Windows keylogger app for your own entries

While working on this blog, a keylogger for the Mac could have been worth it several times. Because if an update is not saved in WordPress and you don't have a backup copy of the text as a Word or Pages document, a log of the keyboard entries would be useful. An example of such a data loss you can see here. As part of this incident, research began on the subject of "serious keyloggers" - because if you are already recording your activities, then you do not want to do it with Trojan spyware, which passes on its own logs.

During the search, the free Refog keylogger for the Windows operating system attracted positive attention. Information on the free keylogger software and the download for Windows can be found with this link. The site advertises its use as a monitoring tool for children's online activities. It is up to you whether you want to use this as a substitute for extensive information on the Internet, data protection, web security and the like; but with the hint that extensive knowledge helps better against dangers than secret surveillance with violation of data protection and personal rights.

"Protect" devices in your company with spyware?

The legislature regulates whether and how keyloggers may be used in the company to monitor employees. However, such extensive control over a program or hardware is morally very questionable. The use without the knowledge of the employees is also punishable. Programs for monitoring password entry, for supposedly protecting devices or people, and for other methods should always be reconsidered and, ideally, discarded. Here, too, extensive knowledge or, in case of doubt, the restriction of certain applications, operating system options and websites is better than secret insight into user behavior.