What is a MAC address?

A MAC address is the unique identification number that every device on a network has. It consists of 48 bits and can be used to differentiate between devices on different networks, such as Bluetooth or WiFi. The MAC address of each device contains information about the manufacturer that helps troubleshoot problems and pinpoints problems.

The abbreviation "MAC" stands for "Media Access Control" and describes the unique identifier of a network interface. People who are familiar with network technologies also call it "physical address" because it can also represent your computer's cell phone number if it is not configured differently on some devices, e.g. B. On Mac OS X computers with virtual machines like Parallels Desktop or VMware. 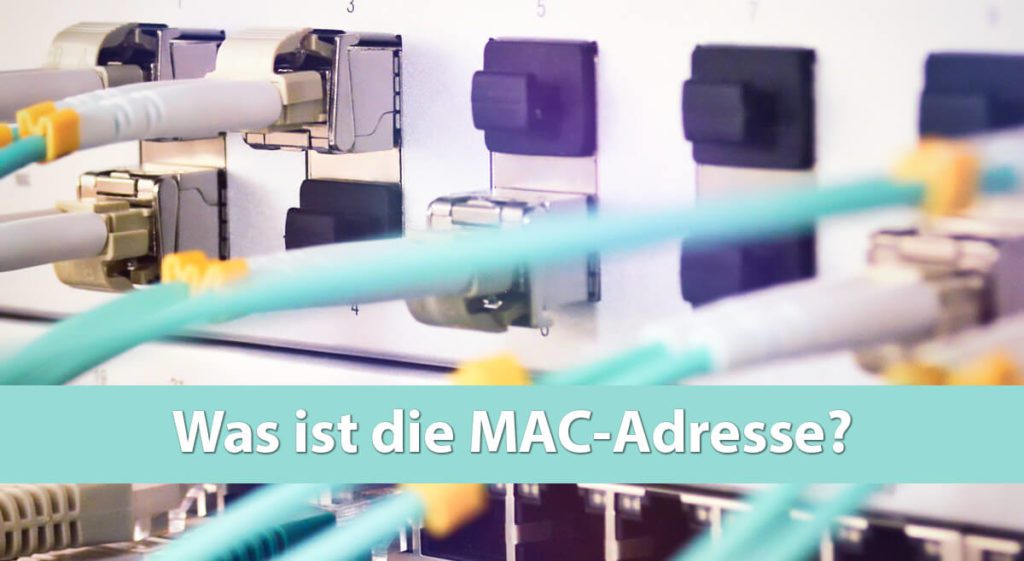 What is a MAC address? And what function does it have in my network? All the answers here in the post.

The MAC address and the packets on the Internet

When an IP packet is received by the destination computer or router, it must be addressed to its physical address on layer 2 so that the packets can be forwarded. Each individual package has a sender and recipient address (a layer 3 identifier). If the recipient's MAC address matches that of the packet, it is forwarded to the higher layers 4-7, where applications such as email can read the content. For all of this to work properly, there needs to be some sort of look-up table between these two addresses, called the ARP resolution protocol in IPv4 networks.

What does the MAC address do in the network?

The most important function of the MAC addresses is to deliver a frame on layer 2. If a destination IP address in an IP network belongs to the same subnet, delivery can be made directly to the physical address of this computer. However, if it belongs to a different subnet than this (the standard gateway), we need something else - for example the MAC address of the corresponding router.

The router is responsible for forwarding the packet to the computer it is supposed to go to. This includes replacing the source MAC address with its own and forwarding the packet over another section of the network if necessary. There are also multiple computers on one physical interface, so each has its own unique hardware-based address that changes over time if any of these components are changed or replaced during an upgrade / replacement.

Reading tips in between:

This is what the elements of the MAC address mean

The 48-bit address is divided into three bytes. The first two bits determine the type of address, e.g. B. whether it is a multicast or broadcast address or an individual, global address. Information about the manufacturer then follows in the third byte up to the end of the second byte, which the IEEE assigns to various manufacturers. This bit sequence, known as the Organizationally Unique Identifier (OUI), is used to identify various manufacturers who use hardware cards and devices in networks.

There are three bytes (24 bits) in the address that determine how unique it is. The manufacturer assigns this bit sequence only once and thus ensures the complete uniqueness of an address. It is usually written in hexadecimal form, separating each byte with a hyphen or colon.

This is how MAC addresses are displayed

There are two different representations of MAC addresses. Canonical representation is the most common because it consists of a sequence of two-digit hexadecimal numbers separated by hyphens or colons. So you see hexadecimal digits in pairs with zeros in between (e.g. 01:23:45).

The bit-wise inverted form flips each octet and places it in reverse order to create an identical-looking address, as shown below:

With the help of special addresses such as multicast and broadcast (FF-FF-FF-FF-FF-FF), Ethernet frames can be sent to several or all stations in a broadcast domain at the same time. Sending broadcasts via an unintended path puts heavy loads on the networks, which can paralyze the network and cause so-called broadcast storms.