What is a metaverse / metaverse? 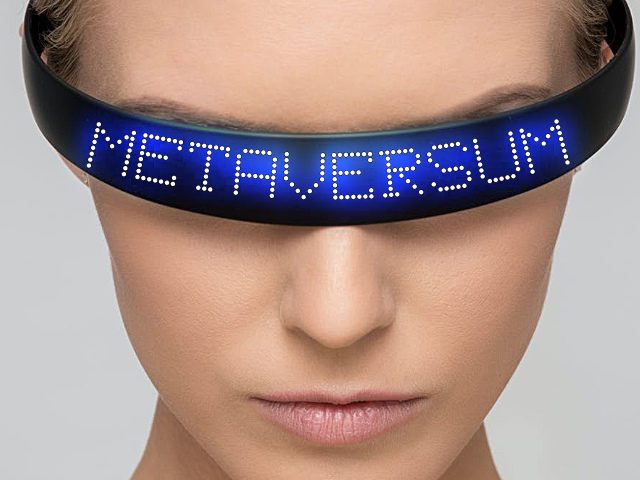 The metaverse, or in German metaverse, is a concept that was implemented in a basic form in 1985. However, the term itself did not become popular until 1992. Since then there have been various forms, adjustments to the definition and new pop cultural references. Last but not least, the latest rumors about a Facebook metaverse in October 2021 caused the term to reappear. Because apparently Mark Zuckerberg is planning the development of a metaverse with his Facebook group. Here you can find out what a Metaverse or Metaversum is how you can imagine it and which companies are also planning a virtual world for the accessible Internet.

A metaverse is a virtual world in which users can interact with each other as avatars. The Facebook metaverse is currently being discussed, but Microsoft, Epic Games and others are also working on a metaverse. The VR world is not new, however, it already existed in 1985, and even more with Second Life from 2003 ...

Metaverse / Metaverse - What is it exactly?

The term metaverse is often used in science fiction novels and films as a futuristic version of the internet. It is also used in video games. Quite simply, it is a walkable Internet where people can use their avatars to access information, communicate with one another, do business, and the like. An avatar is the virtual, digital image of the user - depending on the metaverse, it can be displayed in 2D or 3D.

A well-known metaverse from recent pop culture is described in "Ready Player One". The 2011 novel was filmed in 2018 and drew many video game and science fiction enthusiasts to the cinema. In “Ready Player One”, a digital world with almost unlimited possibilities is drawn, which people can enter with their digital and customizable 3D avatar using VR glasses and, if necessary, additional equipment.

The online game “Second Life”, launched in 3, offers a real possibility of interacting with others on the Internet using a 2003D image. The title means something like “second life” and offers users the opportunity to move around with their avatar in a 3D infrastructure, to contact other avatars (and thus the users behind them), to do business, to add living spaces create / design and more. In 2018 there should have been 57 million accounts in 200 countries.

One reason for this explanatory post are the many articles and rumors that came up in October 2021 and deal with a Facebook metaverse. For example, Mark Zuckerberg is to plan an accessible Internet with Facebook (or a new company), for the development of which 10.000 jobs are to be created in Europe alone. There are z. B. a Articles at The Verge, where you can find ao Information obtained from Reuters.

How many years can the finished product be expected and whether the future of the Internet, social media and communication really is in the Facebook Metaverse is still questionable. Because other companies and even states want to prepare for the future with a metaverse. Not only Mark Zuckerberg has been dreaming of it with Facebook since 2019 at the latest, below I have listed dozens of other examples for you.

But back to Facebook: Virtual Reality is nothing new for Mark Zuckerberg's company. The company Oculus VR was taken over in 2014 and delivered the first Oculus virtual reality headset back in 2013. Since the takeover, there have been other models for Windows PCs, Apple Macs and Linux computers after the “Oculus Rift”: Oculus Rift S, Oculus Quest, Oculus Quest 2 and Oculus Go.

The technology and the number of employees required for programming, merging hardware and software as well as all other tasks will probably be put together quickly. The big challenge for the Facebook Metaverse will be to convince the potential users of the security of the accessible social media platform, of data protection and of the encrypted communication. Because data protection is yes such a thing on Facebook ...

Which companies are working on a metaverse?

The fact that Facebook or a new parent company for the social media platforms Facebook, Instagram and WhatsApp will work on a digital world for the accessible Internet from 2021 is only the tip of the iceberg. Because also since 2021 and for several years before there have been plans for z. B. Epic Games and Microsoft.

Epic Games seems to want to convert the popular game "Fortnite" into a metaverse. The Windows makers aim for mixed reality with “Microsoft Mesh”. A uniform virtual reality and augmented reality platform is also being sought by South Korea with a national Metaverse alliance.

But that's not all. According to the English Wikipedia page there are many other metaverse endeavors on the subject. Here is an overview of past, current and new attempts to create an accessible Internet with a virtual world (excerpt):

What other examples of the metaverse are there?

Before a virtual world is realized in games like Fortnite or a walk-in Internet world is started from South Korea, you can look at other examples. At the beginning I mentioned that a kind of metaverse was published as early as 1985 - namely with the game "Habitat". The game developed by LucasArts / Lucasfilm Games, among others, is considered to be the first MMORPG (Massive Multiplayer Online Role-Playing Game) with a graphical user interface. It is also known as a “multi-participant online virtual environment” or simply cyberspace.

The term “Metaverse” was also significantly coined by Neal Stephenson with his 1992 science fiction novel “Snow Crash”. In Snow Crash, the term “avatar” was also established as a virtual image of the user. The metaverse is described in history as the successor to the Internet, in which one interacts via a virtual reality. Further examples of novels and games from the 1980s and 1990s can be found in the cyberpunk genre.

Another important film example of a metaverse is “Matrix”. The first film in the Matrix trilogy to date (the fourth film will be released in cinemas at the end of 2021) introduces a virtual world in which systems and programs written by machines are supposed to simulate the real world. With the help of Morpheus, Trinity and Co., the protagonist Neo manages to escape, but also to return to the Matrix in a controlled manner. The latter will probably also be an issue in Matrix 4.

Could there be an Apple Metaverse with its own VR-AR glasses?

Attentive Apple fans now ask themselves the question: Where does Apple actually want to do with what is to be expected in the coming years VR and AR headset there? What possibilities could Apple glasses offer? Is Apple also planning a metaverse that can use Virtual Reality and Augmented Reality to help research information, place objects virtually in the real environment and enable further experiences? And what role can the social media aspect play when Apple doesn't offer its own platform for it? Feel free to leave a comment with your ideas on the topic;)