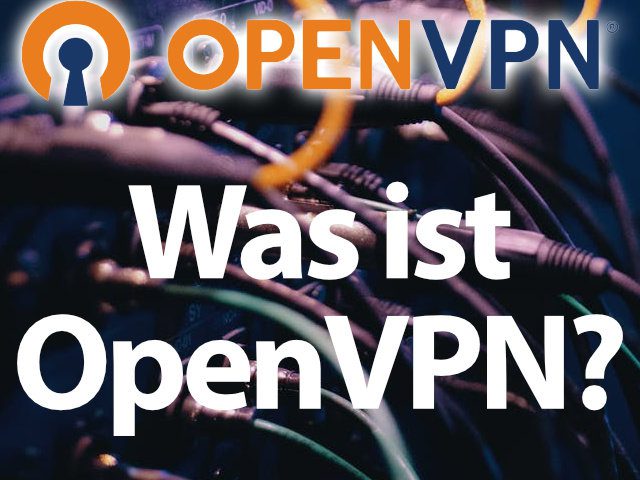 OpenVPN is open source software for setting up a Virtual Private Network (VPN) with SSL or TLS encryption. The software running under the GNU General Public License (GNU GPL) can not only be used under macOS and iOS, but also across platforms under Windows, Linux, Android, Maemo, MeeGo, Solaris, OpenBDS, QNX and so on. In addition, various set-top boxes and routers such as B. the widespread in this country FRITZ! Box. The continuously developed OpenVPN came out in 2002, uses the C programming language and the UDP and TCP protocols for data exchange.

What is OpenVPN for?

If two or more devices use OpenVPN to exchange information - for example, via the Internet as a data channel - the connection can be encrypted in such a way that third parties cannot gain access. Even in another insecure network (company, LAN party, public WLAN, etc.) the software can help to encrypt the data exchange and thus ensure more security. In addition to the encryption of the sent and received data packets, it is important that the parties have the appropriate authentication. Only then can the encrypted data sent by party A also be read by party B (as well as C, etc.).

For example, in a company, OpenVPN can be used to set up a secure communication channel. Should z. If, for example, field service employees enter data into the company's central network, the internet connection used for this can be secured with the software. This offers more security, especially in a home office situation. Another example would be found in research, where the exchange of data must not be compromised so that hackers do not ensure that falsified data lead to incorrect results. The security of (personal) data is also important for journalists. Last but not least, OpenVPN is also interesting for private users if communication is to take place via a VPN connection.

What is the difference between routing and bridging?

There are two operating modes to choose from for using OpenVPN. In the following I have briefly listed what is behind each of them. For further information and backgrounds - such as the layers Layer 2 and Layer 3 of the OSI model - you come with the Wikipedia page on the subject.

Simplified use: front end instead of command line

Below you will find information on OpenVPN Access Server, the programmers' assistance for server access under different systems and platforms. If you're not that good at command lines and code, you don't have to despair. The connection to the server and the further use of OpenVPN can also be designed more easily, via so-called front-end solutions with user interfaces (UI). Here are a few examples of different systems:

The official website for detailed information and the OpenVPN download is https://openvpn.net. There you will find the selection of solutions for private users as well as for business needs at the top. Complete solutions are only free for a short test period. For private individuals, they cost $ 6 per month or $ 36 per year, depending on the package booked; For business there are both free offers (2 VPN connections) and prices up to over 1.500 dollars (with 1.000 connections). The completely free versions for macOS, Windows, iOS, Android, Linux and Co. are offered in the menu under "Get OpenVPN" for test purposes: https://openvpn.net/download-open-vpn/. 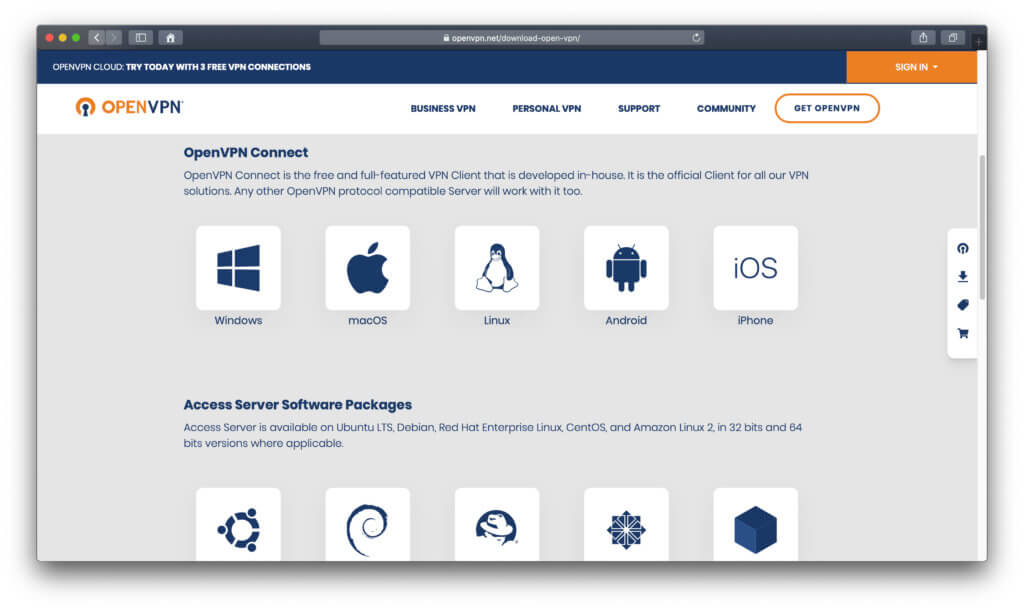 In addition to downloading the VPN software itself, you will also find help there for communication with the relevant servers or for establishing the connection required beforehand. This is called "Access Server" and is offered for different operating systems, their derivatives and for other platforms. They are also used to access certain servers or server / cloud services. Overall, there are Access Server instructions and help geared towards the following examples:

The greatest advantages of OpenVPN

One advantage of the software is that it is open source and bugs can therefore be found quickly (by users and interested parties) and patched by the programmer. It is also available for a wide variety of systems, where it helps to set up even very extensive virtual private networks. Not just one client, but over a thousand or even thousands of clients are possible. The established VPNs offer very good security, as OpenSSL, SSL, TLS and / or PKI can be used. Added to this - at least for simple usage scenarios - is the simple installation and use with NAT routers or dynamic IP addresses.

Am I completely anonymous on the Internet with this VPN?

VPN services like to advertise anonymity on the Internet, which should be achieved by transferring the data stream via secure servers, own DNA and so on is diverted. In addition, the actual IP should be hidden so that the user location is falsified. Corresponding providers would be NordVPN, ExpressVPN, rusvpn and so on. Most VPN services, including OpenVPN, can at least be exposed as VPNs using deep packet inspection. The users are not recognized per se, nor the transmitted content, but the fact that a VPN was used is recognized. This can lead to access blocking on some sites and systems. So to a certain extent you are traveling anonymously.

Conclusion on the free VPN service

OpenVPN is a great way to use free software to build a VPN. Whether private, business or for other purposes - after a little training, a wide variety of applications can be implemented. To make the individual tasks easier, there are also front ends that help with the use of a wide variety of systems. If you speak English, you can use the Open VPN Forum if you have any problems or questions - just click here. Various books in German with instructions, step-by-step introductions and help with setting up your own server can be found on Amazon.

OpenVPN - step by step to your own server
4,99 EUR
Buy it at Amazon Price includes VAT, plus shipping costs (updated: 28.11.2021 at 14: 40 clock)
-
Do you like my blog? Then I would be happy to receive a short review on Google. Easy leave something here for a moment - that would be great, thank you!