What is stalker ware? 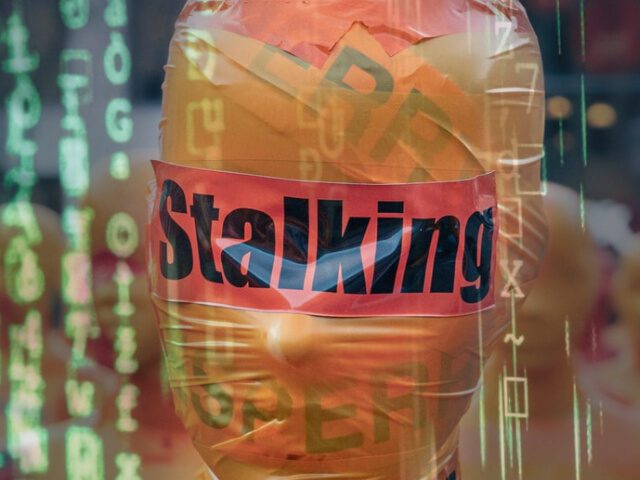 Here at Sir Apfelot, we sometimes explain what lies behind certain types of malware and their English names. Today you get the answer to the question: What is stalker ware? And as the name suggests, it is software that is used to stalk other people. The stalking, i.e. the annoying tracking of a person, is usually carried out with secretly installed and inconspicuously used software. Therefore there are also overlaps with spyware, i.e. spy programs. One speaks of stalkerware when spying on e.g. B. from unrequited feelings, jealousy, control addiction or other base motives for (a)social togetherness.

Stalkerware is espionage software (so-called spyware) that is used to track people and read their data. It is not uncommon for digital criminal offenses to be accompanied by physical forms of stalking, psychological terror and/or violence.

Stalkerware is used by the perpetrators, mostly men, out of an addiction to control. They want to monitor their victims and know where they are, what they are doing, who they are communicating with, and more. There are also links to domestic violence in relationships, marriages or other family relationships. Cyberstalking is also often used to extract data, logins, files such as photos and videos or similar content.

Features of the spy software used for digital stalking can be:

If you're toying with the idea of ​​using stalkerware, for example to track someone else's paths, here's my tip: find your own way instead. For example, in therapy to overcome your control or jealousy.

But not only software from hackers or unscrupulous companies is used to track and terrorize other people. Any type of GPS tracker - such as Apple's AirTags - and other hardware for location tracking can also be used for this. In addition, there is the (involuntary) location transmission by on-board tools, for which no additional malware is required. For example, on many smartphones you can activate the location transmission for individual or all contacts. What can be useful when traveling so that no one in the group gets lost can be activated by third parties for digital stalking.

Figures and sources on cyber violence, stalkerware and psychological terror

As early as June 2017, the European Institute for Gender Equality wrote that cyber violence poses a growing threat to women and girls. In the article entitled Cyber ​​violence is a growing threat, especially for women and girls Among other things, it means, freely translated, that digital violence should not be viewed in isolation from other physical and psychological violence. Harassment, stalking and violence go hand in hand digitally and analogously - often from the same people. It was estimated at the time that at least 10% of women and girls aged 15 and over had been exposed to cyber violence.

More numbers you can one National Public Radio poll take from the USA. As early as 2014, a survey of over 70 facilities for victims of domestic violence and women's shelters revealed that 85% of them work with people whose abusers tracked them via GPS. Three quarters said they work with victims of violence who have been wiretapped or otherwise monitored by perpetrators, using spyware or stalkerware. Almost half of the facilities also had a rule that Facebook was not allowed to be used on their property - to protect the people admitted from revealing their point of view online. Even if the survey dates back eight years, the source is still worth reading.

You can find more information, figures and sources in the English Wikipedia article about stalker ware. A contact point for stalking victims can e.g. B. the Police advice on stalking be. There is also one Stalking topic page from the violence against women help line, whose number is 08000116016.