WhatsApp down? How to find out! 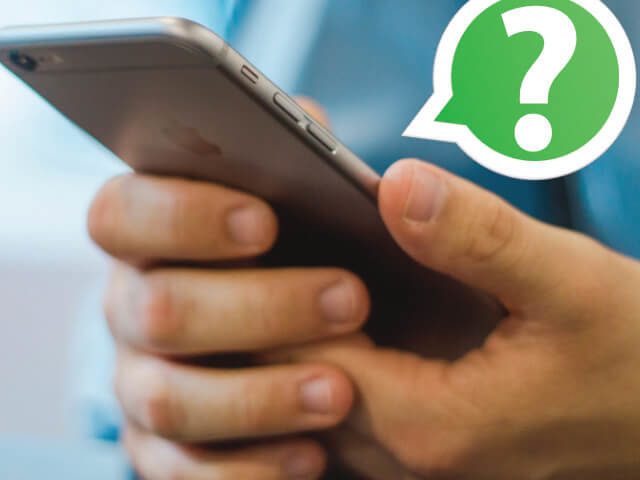 WhatsApp is probably the messenger most used by smartphone users for communicating with friends, family, colleagues and so on. The worldwide high demand of the service sometimes leads to the servers being overloaded, which is then reflected in downtime. You can find out whether WhatsApp is down through various channels. Sometimes, however, a local problem is also to blame for the fact that WhatsApp does not seem to be available. Find out more below.

Is WhatsApp down? How many messages are there about the downtime of the Facebook Messenger app? You can find all the important sources here!

WiFi, mobile data and airplane mode are the causes

WhatsApp is not always down because the servers of the messenger belonging to Facebook are overloaded or fail in some other way. The connection can also be disrupted because your iPhone or Android smartphone is not working properly, the WiFi or mobile data is deactivated or because you are in flight mode for whatever reason. If you have activated the WLAN or are surfing with mobile data volume, but the WhatsApp app does not work, then just try restarting the device or at least disconnecting and re-establishing the connection. If none of this helps, then the WhatsApp servers could be having a downtime right now.

Delete WhatsApp contacts: Here are the step by step instructions

Is WhatsApp down? These pages provide information!

There are several places to go to find out if WhatsApp is down. These usually have no direct connection to the operator Facebook or other internal sources, but collect global reports on the downtime of various services and pages. The collected messages are then graphically upgraded to illustrate the likelihood of a server failure. Here are some examples:

At least in the case of major disruptions or failures, it is not uncommon for services such as WhatsApp to report the relevant problems themselves. In the case of minor incidents that are quickly resolved, there is usually no official message. If you want to exhaust all possible information channels in this regard, then you can frequent the following Twitter channels in the event of a WhatsApp malfunction:

Your experience with app failures

It doesn't happen too often, but sometimes WhatsApp is Down - depending on the incident and the effort that goes into solving the problem, the downtime can be 1 to 6 hours. In individual cases longer. But not only WhatsApp Messenger for iOS and Android is affected by such incidents, but also other apps as well as websites, platforms such as Facebook and the like. What are your experiences with a page, app or software downtime? How has the unavailability of a service affected you before? Feel free to leave a comment on the topic!