WhatsApp statistics: You have already sent / received so many messages and data! 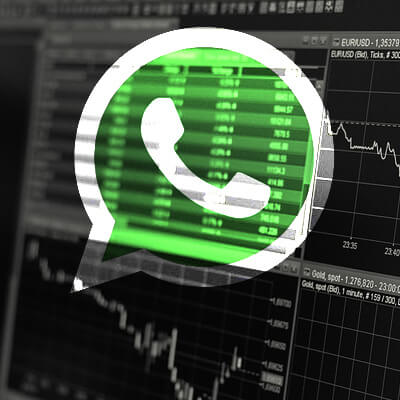 If you want to call up WhatsApp statistics on your iPhone or Android smartphone to see how many messages you have already sent and received, then this is the right article for you. However, there are some differences in the WhatsApp statistics on iOS and Android. Because the droids can only view collective statistics for the messages and data sent or received. Users of iOS devices can see broken down how many messages they have sent to which contact and in which group in WhatsApp Messenger - and a lot more.

Call up WhatsApp statistics on iOS and Android: this way you can see how many messages, data and files you have already sent and received!

So many messages: WhatsApp statistics on iOS

If you want to know how many messages you already have with the App have sent, then simply call it up and dial into the Settings the point Data usage -> network usage out. There you get an overview of the total number of messages sent and received in WhatsApp. There is also information on the number of WhatsApp calls and the data volume used by the app.

You can also find more precise numbers in the settings - under the item Account -> Storage Usage. Here you will find an overview of the contacts and groups as well as the respective number of messages. Select a contact and you will see in more detail how many messages fall into text, images, audio messages, documents and the like. So you always have an overview on the iPhone!

Calling up stripped-down statistics on Android: this is how it works

On an Android smartphone, too, you first choose the app yourself and then the appropriate one Settings out. Then you tap on data usage and then on Network usage. Now you get an overview of the messages sent and received in WhatsApp, sent and received media bytes, message bytes, status messages and so on. Calls and their data size are also listed. At the bottom you can reset the statistics.