When is the PlayStation 5 coming? Price, hardware, release date 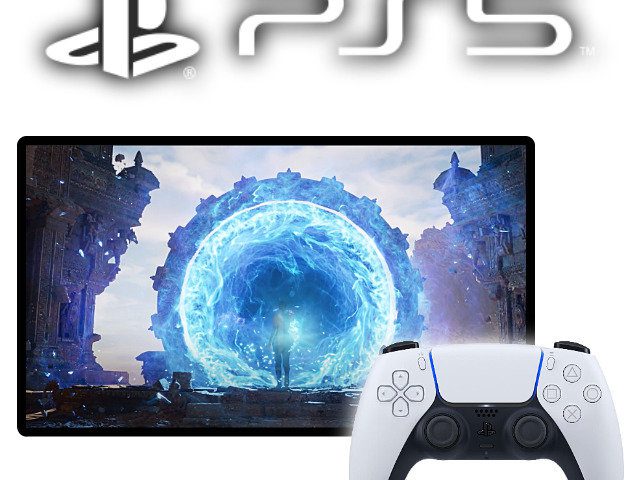 The official website of the Sony PlayStation 5 has been updated, which, according to the trade press, should be a sign of an imminent presentation of the next-gen console. But what exactly can we expect? In the following I have briefly summarized the currently known information about the PS5, price, hardware and release date. This gives you an overview of all the data. If you want to get a bigger overview, then I also recommend my rumor post from January: PlayStation 5 - Rumors, Specs, Price and Announcements. You can find more articles on the subject of PS5 linked below and via the blog's search function;) 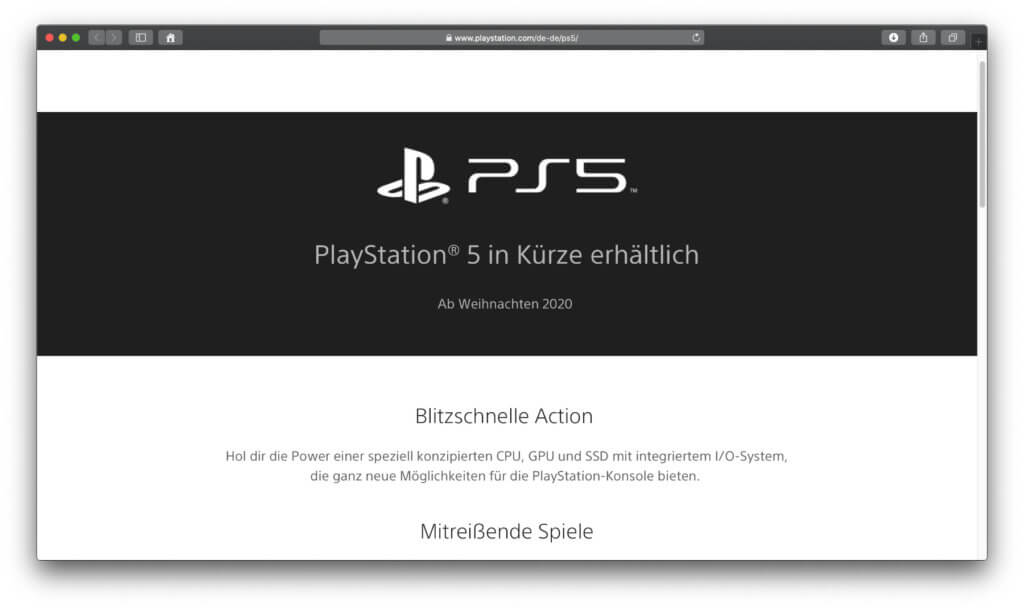 With the update of the website for the Sony PlayStation 5, new rumors about the official launch are emerging. Reason enough to take another look at the PS5 hardware, the possible price and the release date.

By day official page was updated for PS5 on PlayStation.com, the trade press is already speculating that the presentation of the console by Sony is imminent. We may be able to see what the sci-fi case, which has been viewed with much speculation and rumor, really looks like as early as early June. Or maybe not. We'll have to be surprised. At least now the following information can be read on the PlayStation website:

PlayStation 5 Release Date - When will the console go on sale?

Even if the PS5 should be presented in the next few days, you can certainly not buy it right away. Because Sony wants of course to use the Christmas business. In addition, there are currently no games that use the PlayStation 5 hardware properly. They won't all come until later in 2020 or in 2021. As I already wrote in the article linked at the beginning, a market launch in November would make sense. On the source already used at that time, Thursday, November 12.11.2020th, 5 is currently indicated as the possible release date of the PlayStation 25.11.2020. But Wednesday, November XNUMXth, XNUMX is also up for discussion.

PlayStation 5 price - what will the PS5 cost?

Sony's PlayStation 5 isn't the only 9th generation video game console set to hit the market this year. Also the Microsoft Xbox Series X has meanwhile been announced. That is why Sony cannot afford any escapades in terms of price and must remain competitive. A PS5 price of $ 499 is currently assumed, so probably 499 euros. It is quite possible that the price will be pushed down even further due to mass circulation or sheer competitive pressure - for example to $ 399 or 399 euros. It is not foreseeable that the console will be even cheaper. At what price would you buy? And from what amount would you leave the PS5 in the store? Feel free to leave a comment.

As I already told you in the Sir Apfelot newsreel for week 32 in 2020 showed, there was a new price leak for the PlayStation 5 and accessories from Sony. In the online shop of the French supermarket chain Carrefour, the individual products appeared with a euro price, but were later removed from the range. A screenshot this French side According to the PlayStation 5 prices and costs for the official accessories from Sony are as follows:

PS5 hardware - that's under the hood

The PlayStation 5 hardware specs are quite impressive and give the impression that the upcoming games for the new generation of consoles can use even more options for graphics, game worlds, physics and AI. The official presentation of the PlayStation 5 hardware by Sony happened already in March (in a rather boring presentation) and produced the following technical data:

You can find more information in the post from March linked above the list. To compare the graphics chip specs of the PS5: on the regular PlayStation 4, this element only had 1,84 TeraFLOPS, and the PS4 Pro only had 4,2 TeraFLOPS.

If you can't do much with boring numbers, units and component names, you don't have to wait for the PS5 release and the first groundbreaking games. Because this month the game developer Epic Games (Jill of the Jungle, Unreal, Gears of War, Infinity Blade, Fortnite) has already presented its new Unreal Engine, the "Unreal Engine 5", which goes with the new Sony console. How already reported here, it will be used from 2021. However, there was already an imposing one Demo in video form, which shows a massive virtual environment, illuminated in real time and equipped with a cinematic level of detail - with a sharp display of distant objects, innovative physics and great developments. Check it out:

The PlayStation 5 controller - it's called DualSense

Anyone who had hoped for a new DualShock controller was disappointed or surprised. Because in April Sony showed the first DualSense controller, the gamepad for the PlayStation 5. I have it here in the blog at this point thematized. I still think it looks like a cross between the PS4's DualShock 4 controller and the Xbox controller. But it should offer more haptic feedback, individually adjustable keys and other innovations for a better feel.

This is what the Sony PlayStation 5 DualSense controller looks like. Source: PlayStation Blog

Some things are already certain, for example which hardware the next-gen console from Sony will bring with it. The controller is also already known. The demo of the Unreal Engine 5 shows what can be expected from developer studios in terms of graphics, physics, light and sound. Other engines that should be able to convince on the PS5 as well as on the Xbox Series X have to follow suit. However, the exact price for the PlayStation 5, the exact release date and the appearance are not yet entirely clear. Because until now you could only get an idea based on patents, DevKits as well as renderings created from rumors and imagination. So it remains exciting: D