5 reasons why Apple Maps is better than Google Maps 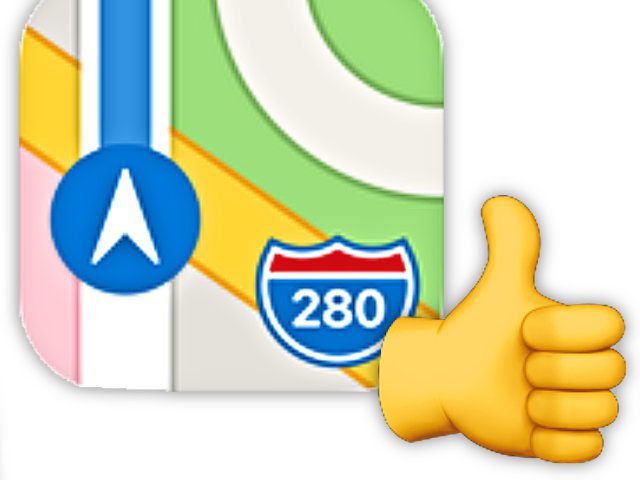 Apple Maps (or "Maps") was published in fall 2012 under iOS 6 for iPhone, iPad and iPod Touch. Initially decried as one of the poorer Apple services, the range of Apple cards can be seen almost six years later. In fact, it can be said that the map app from Cupertino offers significant advantages over the information and navigation services offered by Google Maps. And I have summarized these advantages for you in the following article.

Apple Maps on the iPhone as well as on iPad, Mac and Apple Watch is better than Google Maps - and here you can find out why!

Features of the Apple Maps app for iOS

Before I get to the advantages of the map, navigation and information app for iPhone, iPad and Co. compared to the offer of Google Maps, I would like to point out the basic features. Because since the debacle of 2012, the software has blossomed into a useful tool. And that is - in a nutshell - possible with it:

Why Apple Maps is better than Google Maps

The inspiration for this post came from a corresponding one List of 9to5Mac. If you do not speak English or want to discover the five points in a summarized form, you can do so in the following. If you have any questions about this or the original article, please leave them as a comment!

Not only are reminders and routes created from personal calendar or other data only generated on the end device. The use of the map, including routes, search queries and traffic information, is also not clearly assigned to the Apple ID used. The identifiers for the data transmission and the subsequent app improvement are random and anonymized.

Siri may not be the best voice assistant on the market, but in the car, for example, it works together with the maps app to provide reliable results and routes. Perhaps the Maps offer from Cupertino will be opened up for coupling with other services such as Google or Amazon ...

3 - Use with Apple Watch

The built-in feature of the Apple Watch, in conjunction with the iPhone, ensures that you stay up to date even without the constant use of your smartphone. Especially when you are on foot, you know when you have to turn or when you have arrived with your iPhone in your pocket.

I have the feeling that Yelp in Germany does not yet play such a big role among the broader user base - just like TripAdvisor or similar services. However, the direct integration of Yelp in Apple Maps ensures that information and reviews on local businesses can be obtained quickly and easily.

5 - Maps that are good enough

Of course, Google is ahead of the curve when it comes to maps; The much longer market presence with an initial monopoly position alone speaks in favor of this. But the material from Apple is also getting better and better and hardly has any major disadvantages compared to Google's offer. It is good enough and ideal for all daily or holiday-related tasks.