Why does an Android smartphone slow down over time, but an iPhone doesn't? 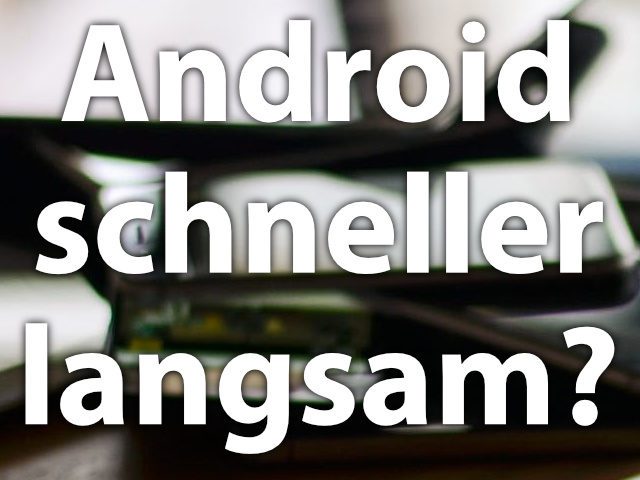 When comparing smartphones with the two most widely used operating systems Apple iOS and Google Android, there are many points that can be contrasted. If you don't want a new cell phone with every contract renewal after two years, you naturally also think about the longevity of the individual devices. A common claim in guides and users is that Android smartphones are outdated faster than Apple smartphones. But why does an Android smartphone slow down over time and an iPhone not? And is this assumption even true? Here you will find answers to these questions.

Why does an Android smartphone slow down over time, but an iPhone doesn't? And is that even the right question? Here you get more than one answer, including the backgrounds that lead to the assumption of the ever-fast iOS devices.

Why are Android devices slowing down and iPhones not?

I have put together five points with which the assumption that mobile phones with the Google operating system become slower than iOS mobile phones can be justified. In addition, they can already provide an answer to the question, because they partly explain how the restrictions come about in one system while they do not seem to exist in the other.

In addition to possible malware infestation, it is primarily the manufacturer's adjustments to the operating system and the hardware that is sometimes not suitable for long-term use that make some Android smartphones slower, while the same old iPhone is not comparably slower in the same period of time. Here, of course, a distinction has to be made from manufacturer to manufacturer, because some providers of mobile phones with Google's OS also try to make their devices usable for more than just two or three years.

Question and answer: How long can you use an iPhone before it becomes unusable?

Has the question been asked correctly at all?

If you look back not only four or five years with regard to the Apple iPhone, but also to the third, fourth or fifth generation of the devices, then a lack of compatibility can also be found here. Moreover, they will never be as fast as with the original iOS with which they were delivered. So the question is "Why does an Android smartphone slow down over time, but an iPhone doesn't?“Probably not put right at all. Maybe she should "Why are proprietary systems from a single source more durable than open systems processed by many?“Or something like that. But that's not so sensational;)

In summary, it can be said that the assumption that Android smartphones run slower faster than iPhone models is not entirely wrong. However, it should not be generalized and applied equally to all devices. In addition, it is more than just asking the initial question to get the best insight into the topic. Do you still have any input? Then please leave a comment;)