WiFi SpeedTest app: test and improve WiFi for free with iPhone and iPad 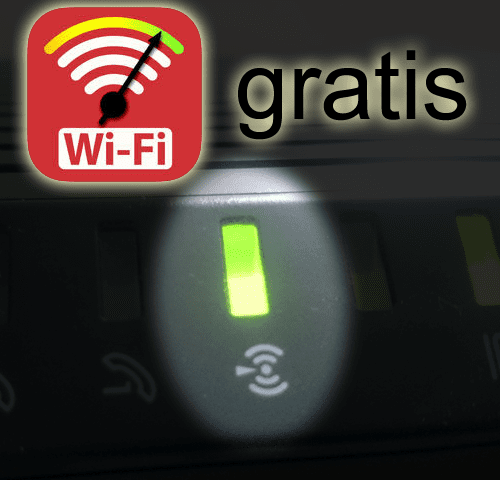 Check your home or public WiFi for download speed and upload rates, deal with problems in the same app and have everything clearly displayed: this is possible with the WiFi SpeedTest app by EVGENY BOGOMOLOV. The app for Apple devices such as iPhone, iPad and iPod from iOS 8.0 is around 31 MB in size and has recently ceased to be paid for. In the following you can read to what extent the download of the app could be worthwhile.

The WiFi SpeedTest app for iOS has many useful functions and a user-friendly interface. Image source: itunes.apple.com

Until a few days ago, the iOS app in the App Store or iTunes still cost 99 cents; now it is offered free of charge. Among the many free apps that are available for testing and troubleshooting a WiFi network is the WiFi SpeedTest App quite attractive, user-friendly and extensive.

Functions of the WLAN test app

Official description of the developer

In iTunes you can find the following app description (excerpt from English transferred): "This app allows you to test your WiFi network and troubleshoot problems. It will be very useful if you want to measure the bandwidth of your WiFi, Ethernet or mixed network… “- it is also noted that to measure the connection and data rates between two Apple devices, these should also be active.

In the current version for iOS 8 and higher, some bugs have been fixed and the performance under iOS 10 has been improved. If you want to test your WiFi or network, then you can download the app here.

What is your experience with this or other test apps for wireless networks? How did they help you improve your connection? Feel free to leave a comment. ;)

If you also want to read out the data rates of your Mac or PC hard drives, then you will find it Here is the right tool for hard drive benchmarking - including a test report, of course.