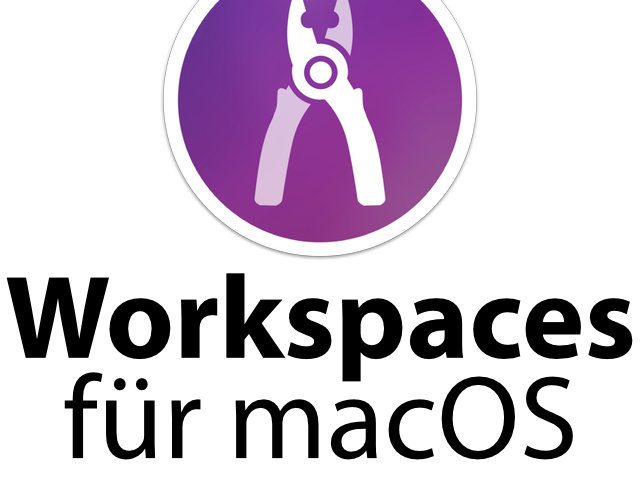 Anyone who uses the Apple Mac for office work or certain projects knows that: you start your computer every day and first have to open all kinds of apps. Then there is this document and that email that you need all the time ... That sucks in the long run - and the developers behind the know that too Workspaces App for macOS. Individual apps, documents, websites, e-mails, etc. can be merged into a workspace, and it only takes one click to prepare the Mac for daily work.

With Workspaces for macOS, multiple apps, documents, websites and emails can be opened on the Mac with just one click. Work areas with resources for different projects or users can be created.

The individual elements for a workspace or workspace - i.e. apps, documents, emails, websites and so on - are called “resources” in the program. They can be brought together in a work area so that you only need to click on it to open and select all elements.

Individual collections can be created for various tasks (writing texts, editing photos and images, cutting videos, recording podcasts, ...) and quickly switching between them. It's a boon to the workflow. Especially for those creative people for whom Mac, iMac and MacBook are made according to Apple;)

The Workspaces Mac app is very popular with its users and is reaping the benefits in the macOS App Store currently in three out of three ratings 5 ​​stars each. The software is offered there for € 10,99. But also with SetApp, a software subscription program, there's a download. There are also 915 reviews of workspaces with an average rating of 4,5 stars. The download is free of charge with a subscription. The description of the offer confidently states:

Once you organize your workspace into these task-based groups, the productivity gains will speak for themselves.