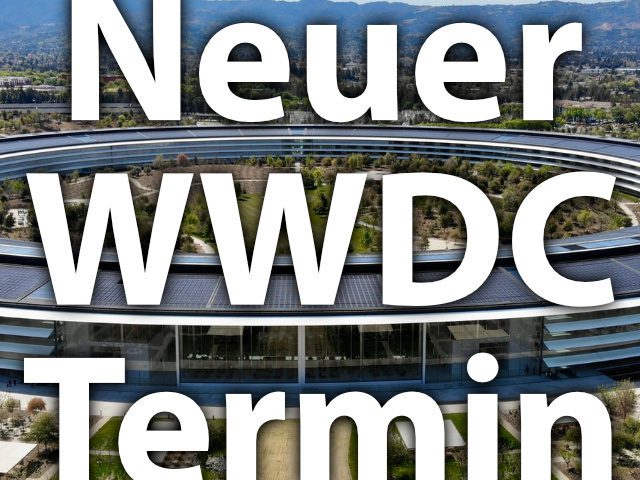 The Apple WWDC22, i.e. the World Wide Developers Conference for 2022, has an appointment. Or rather a period of time, namely June 6th to 10th, 2022. A keynote has been announced for the start on June 6th, which will be held at Apple Park in Cupertino is sent out. The presentation will reveal news about iOS 16, iPadOS 16, macOS 13, watchOS 9, tvOS and the like. It is not yet clear whether the systems will be completely redesigned or whether only individual areas and functions will be improved. After the keynote there will be online events again. Before that, namely until April 25th, the third Swift Student Challenge (Details here).

Main articles on the topic: WWDC 2022 with online presence hybrid

Note: This article will always be updated before and after new WWDC events. 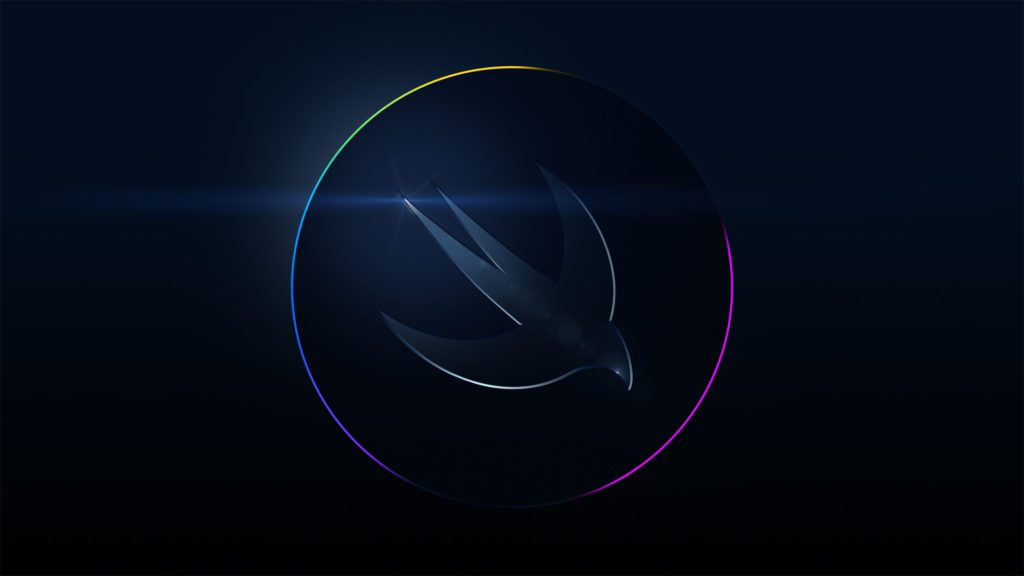 The Apple WWDC22 was announced a little more simply than the events of the last few years. Although there was a long press release for the event from June 6 to 10, 2022, the graphic shown with the Swift logo in dark mode indicates that pro information about Apple's own programming language Swift will play a role in particular .

At the moment, only the time period for this year's Apple World Wide Developers Conference has been set. But as soon as the keynote has taken place and the other events have been held, I will update this paragraph with the new information and contributions about iOS 16, iPadOS 16, macOS 13, watchOS 9, tvOS, Siri, HomeKit and Co. Also, there will probably be some news about the Swift programming language, it looks like. Until then, feel free to scroll down and read through the summaries and detailed articles on the content of the last few years. Have fun!

Update June 14, 2021: The Apple WWDC21 is over, but the content is still interesting and informative. If you want to see all the lectures, workshops, sessions and the like, then I recommend you Developer app. In it you will also find all the necessary developer tools that you need if you do it yourself Apps want to program. I have summarized more general information for you here:

If you want to go into a little more detail, check out the recap videos Apple posted on its YouTube channel. One day of the WWDC21 is summarized in it. If you're reading this post in a few months and then don't want to dig through all of the videos you've uploaded, just click here: Apple WWDC21 Recap - That was Developer Week. In the following I have included the keynote from the first day so that you can watch it directly.

Apple announced the official WWDC 30 date on March 2021th: the developer conference will be held digitally from June 7th to June 11th, 2021. We can only speculate whether there will be new hardware on display at the WWDC21 keynote. However, it is certain that there will be new information about the Apple operating systems. So we can look forward to news about iOS, iPadOS, macOS, watchOS and tvOS.

Accordingly, this likely content for DubDub 2021 can be recorded:

Update 24. June 2020: Apple WWDC 2020 is in full swing, ensuring that developers around the world get ahead with programming their apps and systems. For those who want to optimize their Mac apps for the next generation of hardware, there is even a developer kit in the housing of a Mac mini. But there was also important information for users of Apple devices on Monday at the kick-off keynote. I have documented the Apple WWDC20 keynote for you here in the blog by means of the following posts:

The date for the Apple WWDC 2020 has therefore been set. If you want to follow the keynote and other events / information, there are various ways and means. According to Apple, the best option is the Apple Developer App, which you in the App Store for free for iPhone, iPad, Mac and Apple TV. She has special stickers for iMessage. If you don't want to install an app or if you want to watch the kick-off event on a Windows PC, a Linux machine or an Android device, then you can watch the live broadcast via YouTube - just like last year. You can find them with this link.

You can find more information currently in the Apple Newsroom as well as on the Developer page the apple company.

Update on WWDC 2019: Here you can find the summary of the keynote

Update 23.02.2019: You can find a summary of the keynote with this link. You will receive further content, lectures and findings from the congress with the means that I have in this and also in this post have described. Here are the most important contents of the Apple WWDC 2018 as individual messages:

The date for the Apple WWDC18 has now been officially confirmed. Like Apple, among other things, on its own Event page announced, this year's World Wide Developers Conference will take place from June 4th to 8th, 2018 at the McEnery Convention Center in San Jose, California:

San Jose, CA, June 4-8
When technology connects with creativity, incredible ideas come to life. This summer, we invite thousands of talented minds from around the world to join us and turn their ideas into reality.

More than 100 sessions with a focus on technology and design will be presented by Apple engineers at WWDC18. This is to help developers from all over the world to create the next generation of apps that use the latest Apple technology. In addition to the workshops, keynotes and presentations, there will also be hands-on labs with Apple employees as well as so-called consultations, i.e. individual appointments at which special topics can be discussed.

The get-togethers, which revolve around a topic and represent a kind of group discussion, run completely differently. There will also be guest appearances by other company representatives. In addition, there is the event “The Bash” for a rather casual exchange, for music, food and drinks. If you want to take part in the Apple WWDC18, you have to register by March 22nd and hope for the chance given to buy a ticket. Apple puts it this way:

The opportunity to buy tickets to WWDC18 is offered by random selection. Registration is open until Thursday, March 22, 2018 at 10:00 am PDT.

In short, it is about "the same procedure as every year", which we were able to see confirmed in 2017. This pattern can also be seen in the WWDC events from 2016, 2015, etc. The WWDC 2018 date could reveal new areas and possibilities of Augmented Reality (AR) and Virtual Reality (VR) with the corresponding keynote and the interpretation on developers.

Contents of WWDC 2018 - Here again an overview of the possible topics of this year's World Wide Developers Conference from iPhone with iOS and Mac with macOS to TV with tvOS, the HomePod and cross-platform apps:

The date for the Apple WWDC 2017 has been set (update: is long over). From the Apple Worldwide Developers Conferences of the last few years, especially 2016, 2015, etc., the June pattern can also be continued this year. When there is more news about Apple WWDC 2018, this article will be updated. So save it as a favorite or check back every now and then. Or subscribe to the newsletter or the push notifications for your browser / smartphone (iPhone and Android) - you will never miss it again Sir Apfelot News ;)

The keynote at Apple WWDC 2017 showed what the focus of this year was. If you want detailed information, you will find a list with detailed articles on the individual contents of WWDC 2017 under the short overview in bullet points. Here, however, the focus of iOS, macOS, tvOS and watchOS to iPad, Mac and Apple Watch:

The list is still short at the moment, as the keynote with Tim Cook and cronies took place only recently (update: the statement is no longer correct). But here is an overview of the details of the news from the Apple World Wide Developers Conference 2017:

The pattern of recurring Apple events with news and information about iPhone, iPad, Mac, MacBook, Apple Watch, Apple TV & Co can be seen again in September 2017 in addition to WWDC 2017 in June. There was another one Apple Keynote – In 2017 the iPhone turned 10 years old! Some speculation about the iPhone 2017 (iPhone 8, 10 or X with iOS 11?) was already hotly debated in advance. What rumors and actual innovations are there this year? I am excited!

So while we're waiting for WWDC 2018, let's see what has been delivered over the past few years at the Apple Worldwide Developers Conference for iOS, iPhone, for the app market, etc. For example, the following news and developments could be caught at WWDC 2016 (date: June 13th - 17th):

With great anticipation for WWDC 2018, this Apple conference for developers and the curious seems very out of date again. Nevertheless, the innovations and adjustments in 2015 (date: June 8th - 12th) were just as innovative at the time as this year's keynotes and conferences in June and September will be:

If you want the latest Apple news, interesting articles from the world of technology and the universe of nerds, then you are welcome to subscribe to the Sir Apfelot newsletter. Mobile devices as well as various Browser such as Safari or Chrome can also be supplied with updates via push notifications. There is also a Sir Apfelot app for convenient access to articles via iPhone and iPad. Updates about the new WWDC date will be coming here soon, so stay tuned ;) By the way: Official information and news about special events are available on the Apple site.