WWDC.io App: View all lectures from WWDC 2018 (and older) on the Mac 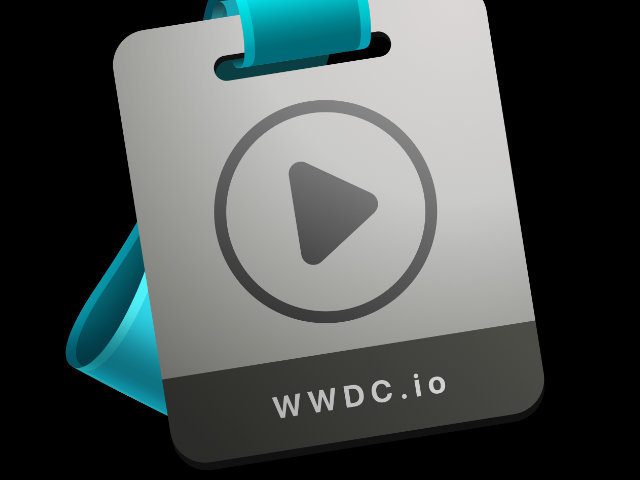 “The unofficial WWDC app for macOS”, this is how WWDC.io presents itself at the same name Website. The Mac app is intended to display WWDC streams live, to make videos of the event available for later viewing and also to enable them to be downloaded for offline use. I have summarized further data and facts as well as an impression of the software for you in the following. 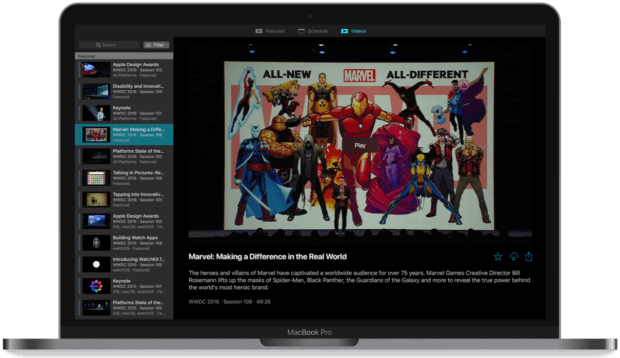 The WWDC.io app for macOS on the Apple Mac, iMac and MacBook brings you all WWDC lectures, keynotes and workshop videos home via stream and download.

The WWDC.io app for macOS

The website linked above for the Mac application does not contain too much information; however, what is written is sufficient. It is shown, among other things, that the program works with macOS 10.12.2 Sierra and newer (i.e. also with High Sierra and probably with Mojave) and that not only live broadcasts and video streams, but also the download of sessions, keynotes and Lectures is possible. The app is also compatible with the Chromecast and can also be used in picture-in-picture mode. The search and filtering of videos is possible by event, platform, topic and Co.

In the official press release for the current WWDC.io version 6 it is stated, along with other details and data, that the app is an open source program. This is underlined by the fact that you can see the individual parts download it from GitHub can. It is also shown that it is a team project with actors from Brazil, the United Kingdom and Spain. The project was initiated by Guilherme Rambo. If the name sounds familiar to you: this is the “firmware researcher” who, a month before the official announcement of the iPhone X, found a reference to the smartphone in the code of the HomePod software.

Downloading the WWDC.io app for macOS on Mac, iMac and MacBook couldn't be easier. You just click on the download button on the website and off you go. In the download folder you will then find the program, which unfolds with a double click and spreads out the whole world of WWDC videos. At the top left there is a search field and a filter button, thanks to which you can sort the search results by "Events", "Platforms" and "Tracks". In addition, the favorite, downloaded and unseen videos can be separated from each other. The selected video is displayed on the right with a description, session number and length. 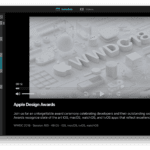 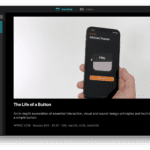 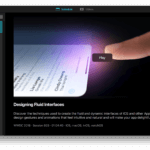 My tips for presentations that are well worth seeing

If you feel overwhelmed by what the app has to offer and next to the WWDC 2018 keynote don't know where to start looking, then I have two recommendations for you. On the one hand there would be "Designing Fluid Interfaces" and on the other hand "The Life of a Button". "Designing Fluid Interfaces" explains how many considerations and tests are behind the simple home screen gesture of the iPhone X. In “The Life of a Button”, on the other hand, it is shown which considerations an app developer should make when planning control elements for his app. Both are examples that illustrate why Apple is on the right track with its attention to detail when it comes to creating a pleasant “user experience”.

The Designing Fluid Interfaces video can also be found on YouTube, by the way; I did not find the button video there. So if you have a bigger offer than on the video platform and want to get comprehensive information on WWDC knowledge from the last few years and the last conference held in 2018, then the WWDC.io app is worthwhile;)