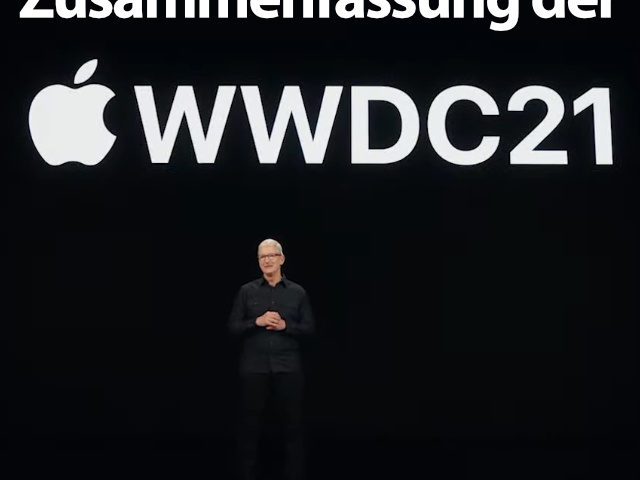 The kick-off event of this year's World Wide Developers Conference was broadcast and the news about the new versions of iOS, iPadOS, macOS, watchOS and tvOS was published. It was another creative video that was streamed for an hour and 45 minutes. There are some great innovations, others are more specific, and some only for the US market for the time being. In addition, there was no new hardware, so the rumors about new MacBook Pro models and the like were not confirmed. But I have summarized everything that was there for you here.

Note: If you find spelling mistakes, you can keep them. It's already late ;) 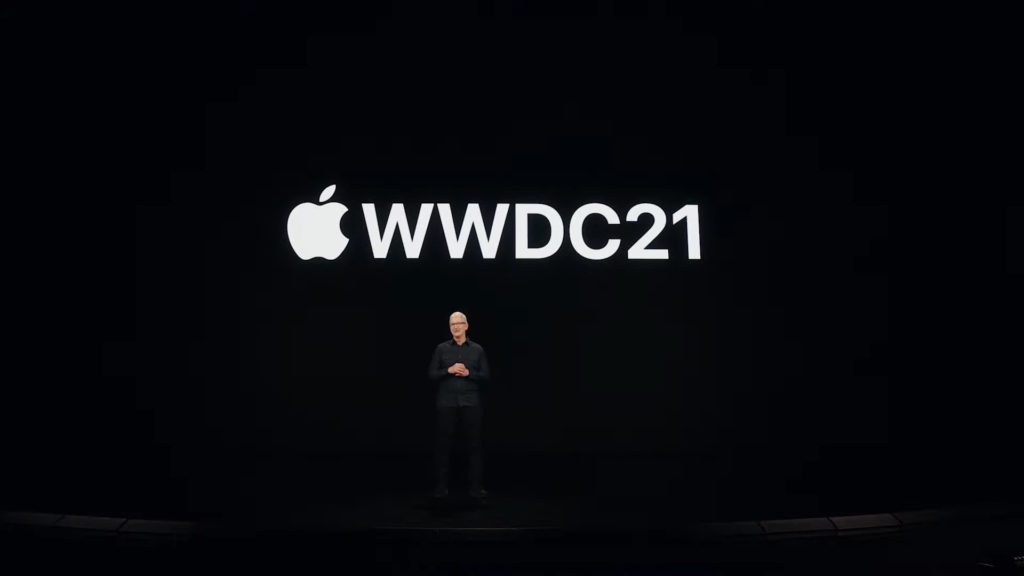 After the Apple WWDC21 keynote was initiated by developers and the filming of their opening ideas, Tim Cook stepped onto the stage of the Steve Jobs Theater. He didn't say that much tonight, however, as the Apple software experts in particular had their say. So basically Craig Federighi led the presentation. This really started with iOS 15. And these are the new features that can be expected on compatible iPhones from autumn 2021:

The aim is to improve the audio experience with Spacial Audio, Voice Isolation and Wide Spectrum. In addition, there is now a grid view for the simultaneous display of all participants of a call in the same size. FaceTime links can be used to share calls - you can also participate via a web browser from Android or Windows. SharePlay is a great feature for sharing music, films, series and the screen of the device used with the others in the call. Whether family, friends or work - there are many possible uses. The first offers that can be streamed via FaceTime include Disney +, hulu, HBO, Twitch and TikTok.

The message app now has stack and collage overviews in case you get several photos sent at once. These will then also appear in a new “Shared with you” area in the Photos app. There are also new functions for shared playlists (Apple Music) and articles (Apple News) in the News app. In the individual apps, you can then see in a special area what you have received from whom. 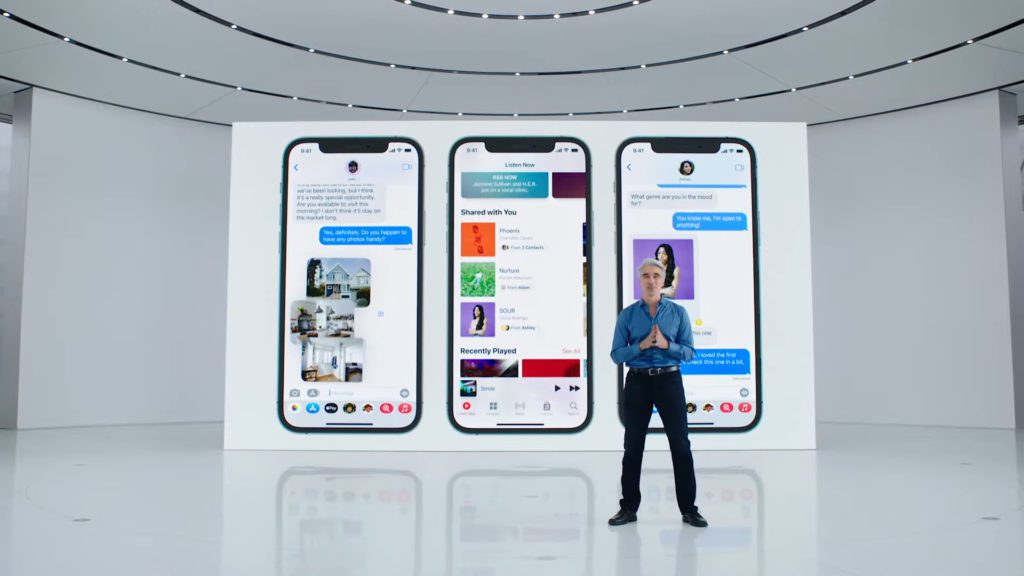 Notifications are not only presented more clearly and tidily. With "Focus" there are also new and individually adjustable modes for notifications. Do not disturb will not let any notifications through. "Work" lets emails and other notifications that are work-related through. "Personal" and "Sleep" are also available, with options for customization. 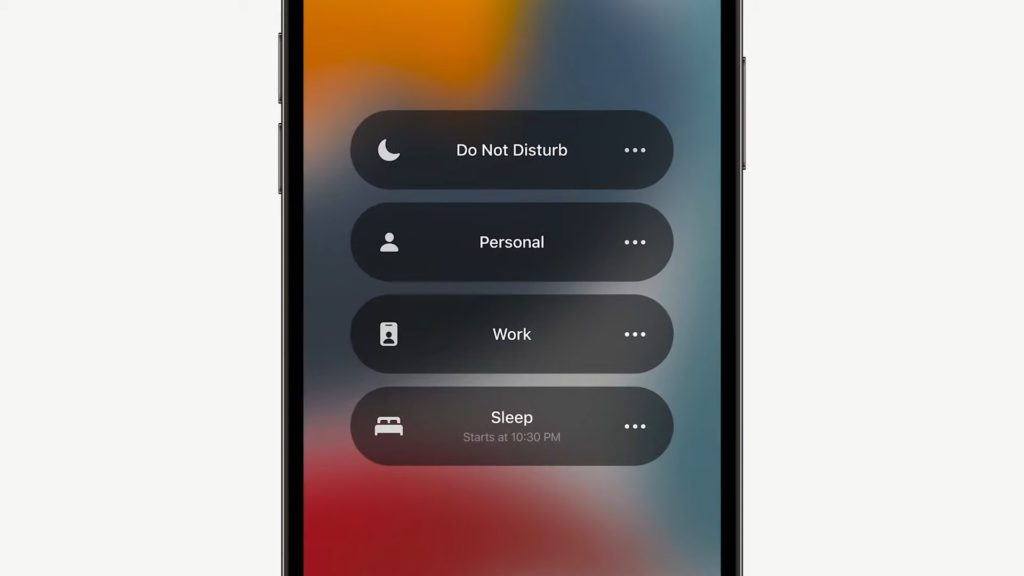 Also cool: "Live Text"! Live Text lets you extract, copy, paste, translate, etc. text from photos and images (on storage, on the web and so on), etc. The function is also available on iPadOS and macOS. There are also more options in Spotlight and new memory and reminders functions in the Photos app, for example background music for the automatically created slide shows with suitable music from Apple Music. 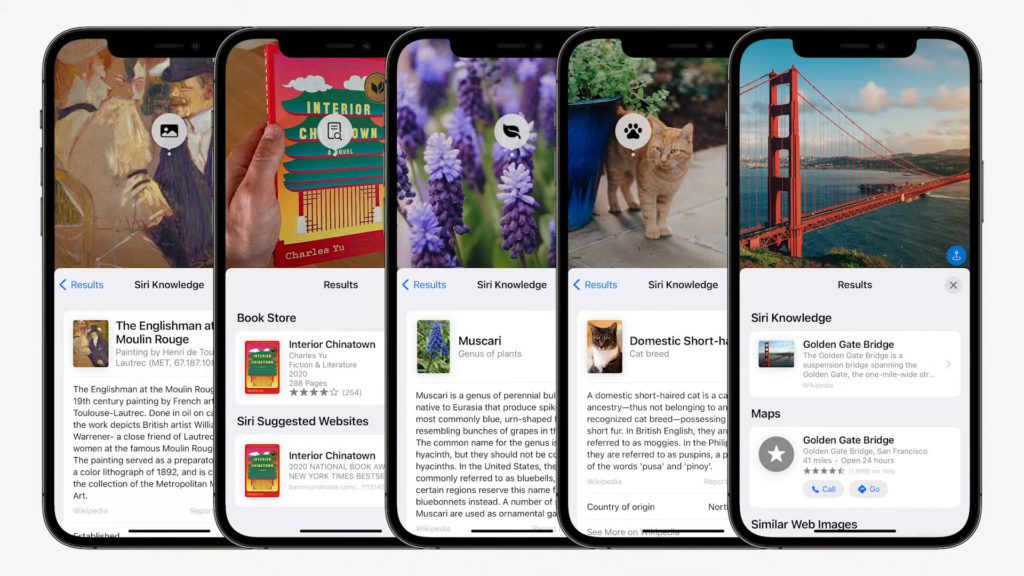 In connection with the new operating system, which will be available for compatible iPhones from autumn 2021, this news was also published: 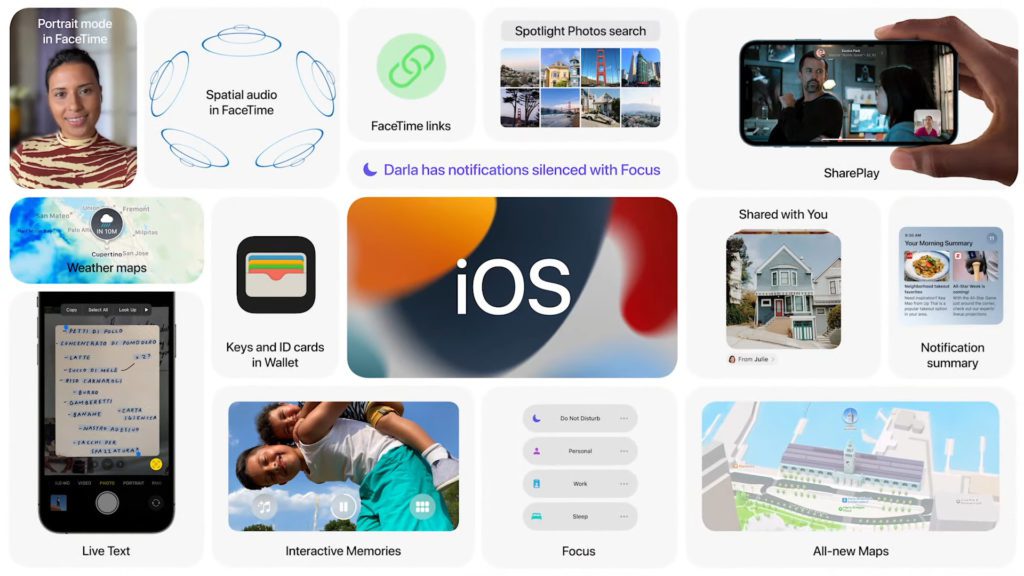 From autumn, there will also be new functions and options for productive use of the Apple tablet for compatible iPads. Since it is already late, I will also limit myself to bullet points here. You can find details in the video of the WWDC21 keynote embedded below. 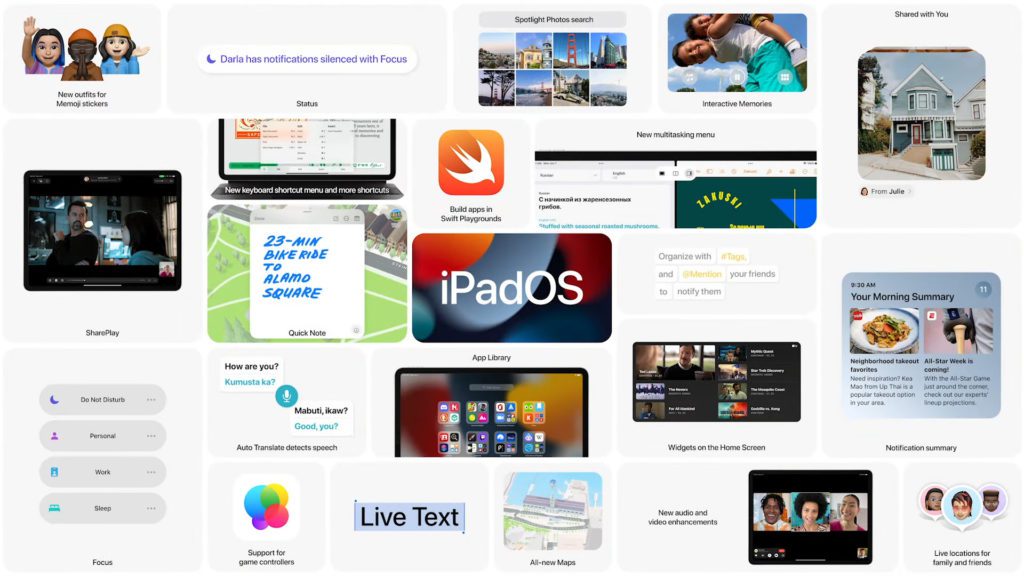 Before it went to watchOS 8, the WWDC21 keynote featured a few features that have to do with the clock system as well as with other Apple operating systems. Here is the information from the intermediate section that was and is particularly interesting:

The Breathe app is being expanded on the Apple Watch. There are also new exercises for mindfulness in the form of questions that one can and should think about. The sleep app is intended to monitor sleep and improve sleep. Among other things, the respiratory rate is monitored and trends are observed. For users of Apple's fitness offering, there are new training sessions and star playlists for workouts.

There are also innovations for using photos on the Apple Watch. There will be a “Portrait Watch Face” that shows portraits and hides the time in parts behind the faces or heads of the people shown. That gives a kind of 3D effect. In addition, photos can be viewed more clearly and shared more quickly. Even GIFs come on the Apple Watch. 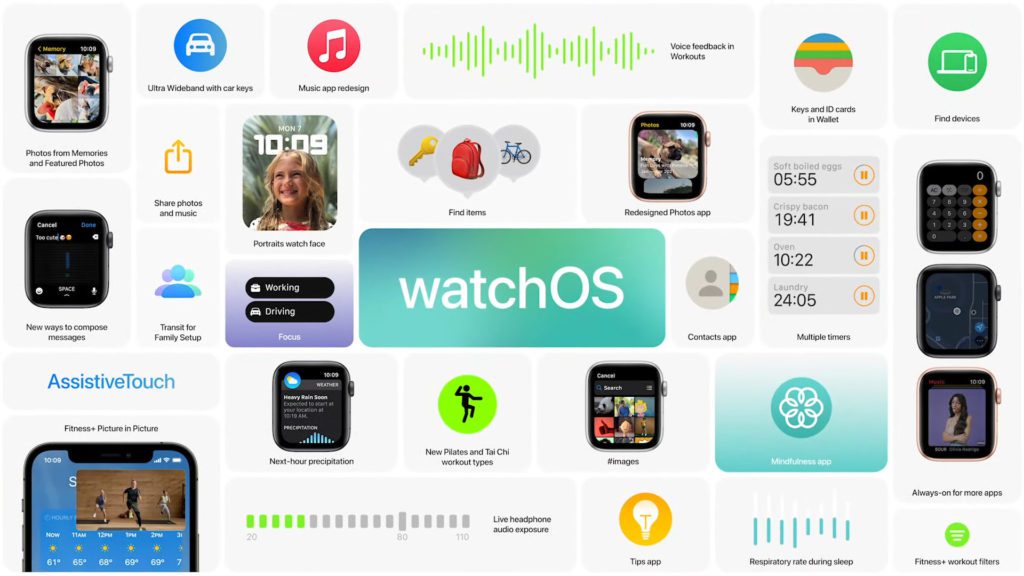 We are on the home stretch and can already see macOS on the horizon. But first we have to pass the points that were mentioned in connection with Apple HomeKit. These include the following:

Matter was also mentioned, we have a separate article on this here. 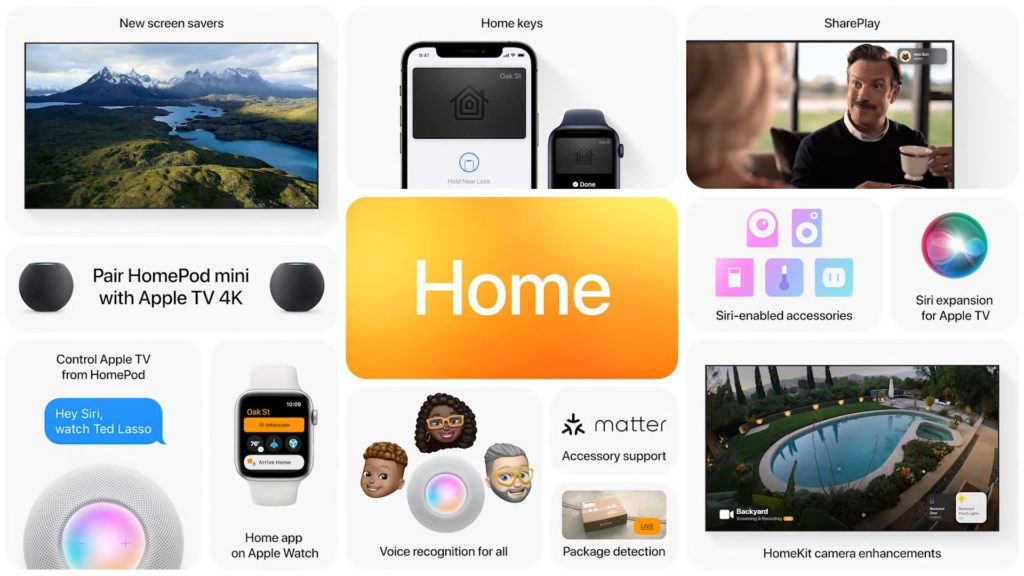 The new macOS Monterey was named after the Monterey Bay on California's Pacific coast. Certainly not a coincidence, because the new Mac operating system should enable new, particularly fluid workflows. This is particularly possible in conjunction with other M1 Macs or an iPad with iPadOS 15. But one thing at a time ... Here, too, I will again use bullet points to finish with the WWDC21 keynote summary: 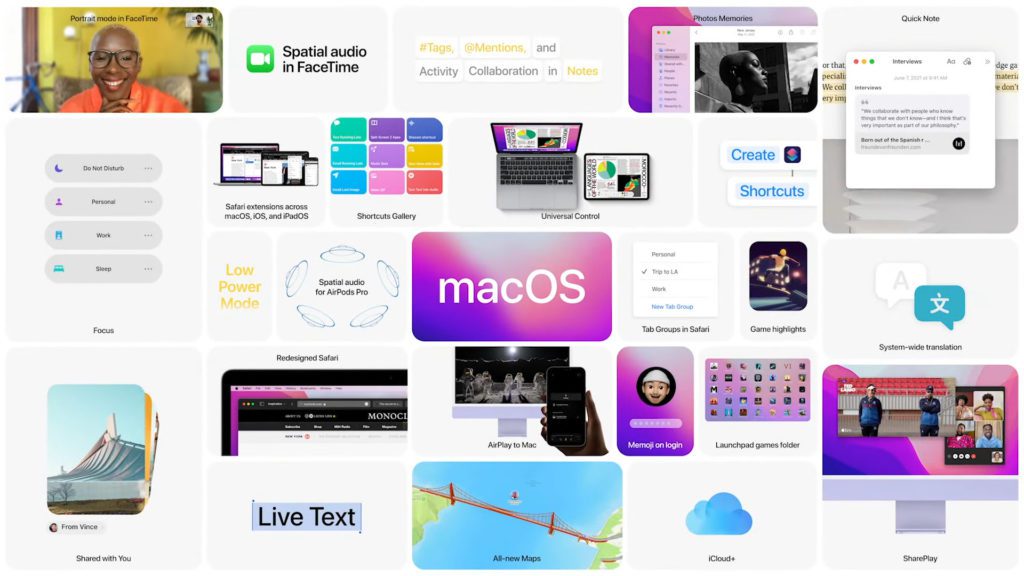 The first three points addressed in the last section of Apple's WWDC21 keynote were API, Swift and App Store. Here are the individual contents as far as I was still able to accept them:

Xcode Cloud was also announced, which can be used from 2022. This allows apps to be developed, coded and tested in cooperation with the development team. For beta tests, “TestFlight” will soon be available on the Mac. 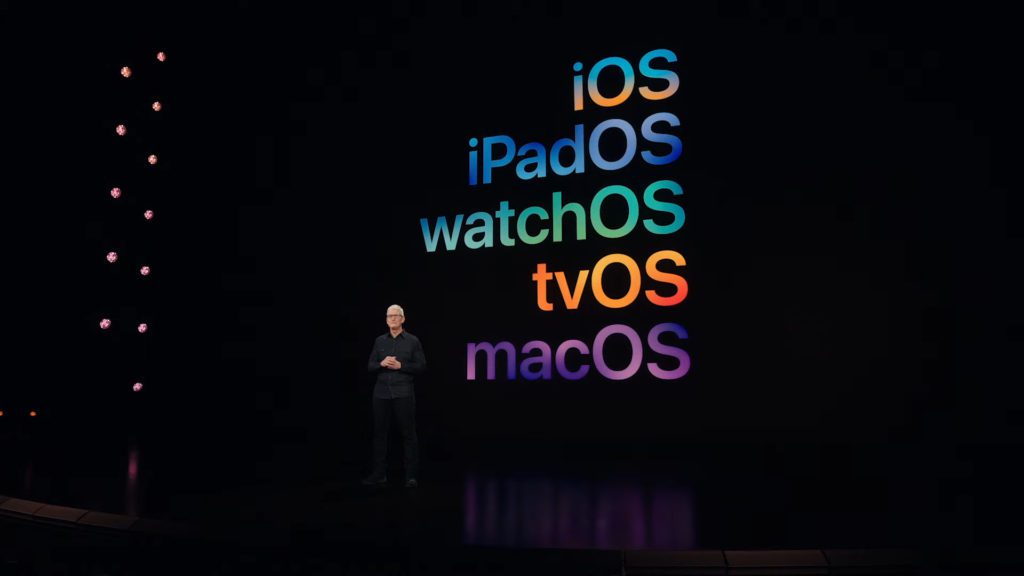 The developer betas for the new operating system versions of iOS, iPadOS, tvOS, watchOS and macOS are available from today. The public beta versions will be available from July. The publication (also on the new devices such as the iPhone 13) will be in autumn 2021. Contrary to what some expected, no new hardware was presented today as part of the WWDC21 keynote. So we have to wait a little longer for the 14- and 16-inch models of the MacBook Pro with M1, M1X or M2 chips.