Can you install an XBox controller on a Mac? 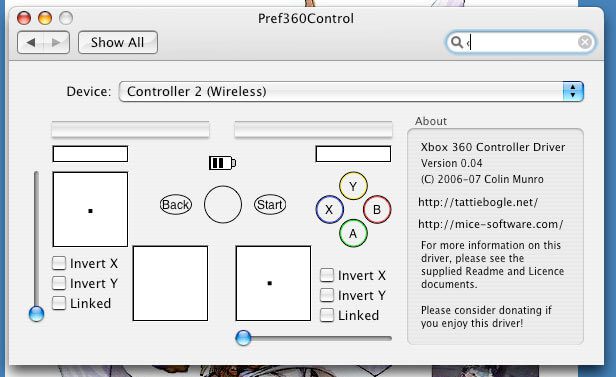 Question: I would like to play the new Tomb Raider on my Mac, but I find the controls with a gamepad much better than with a mouse and keyboard. Since I still have an XBox 360 game controller, I thought it could be used as it is wireless. But unfortunately my Mac doesn't recognize it. Is there a solution to use the gamepad on the Mac?

Answer: Yes, there is a solution. The advantage of the XBox 360 Gamepad is - as you already mentioned - the "wireless" story, because it works with Bluetooth and is technically not "Windows only", but also usable for the Mac - if it supports Bluetooth.

Now there is only the problem of the driver, because the Mac does not recognize the XBox controller by default. A friendly Scot named Colin Munro but was so free program a driverthat makes this possible. On his site go to "Downloads" and then click on "Driver" (disk image). Once you have installed the driver, you can configure the gamepad via a preference plane in the system settings.

With the control panel you can configure the XBox controller on the Mac to suit your taste.

The driver currently even supports that Force feedback, which Colin Munro successfully tested with "Jammin 'Racer". The driver will also work with Halo if you upgrade Halo to version 1.5.

If you also want to use games like WoW, which are actually only controlled via the keyboard, with the controller, you should, according to the programmer, the software "ControllerMate", which enables each HID device (HID = human interface device) to be displayed and configured as an additional device in the system.

You can buy the XBox Controller here at Amazon for little money: