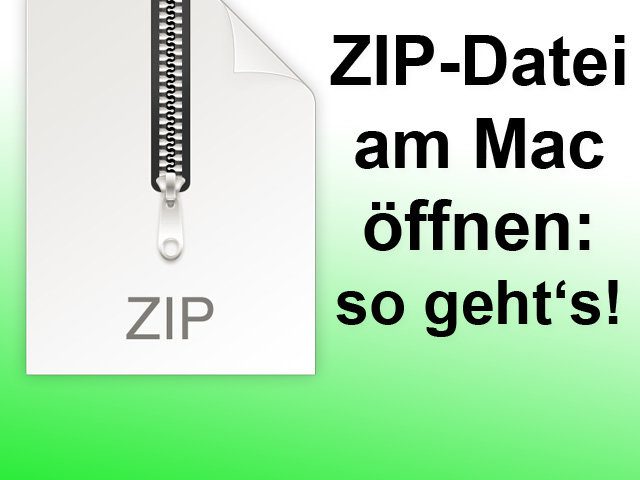 If you want to open a ZIP file on the Apple Mac, you may need a special program for this. On the websites of some software developers as well as in the Apple Mac App Store you can find numerous apps for extracting archives under OS X or macOS. In this guide I would like to explain to you which program is cheap to open ZIP files on the Mac. Free apps and paid software are available for download.

Opening ZIP archives on the Apple Mac is very easy with free software and paid apps. Other archive files can also be created, read, encrypted and burned with it.

Just like with Open RAR archives you can download software to unpack ZIP archives that can read and unpack the file format and the files in the archive. As in the article on RAR files, we can recommend some free apps for ZIPs on the Mac:

Not every Mac app that can pack and unzip archive files is free. In addition to the many free programs, there are also apps that are chargeable to download. Here are two representatives of these little helpers:

Packing and unpacking on the Apple computer

How do you go about compressing, packing, viewing and unpacking archives, what is your favorite app in this area? Or are you sitting on your Apple Mac, iMac or MacBook and can't get any further with your file? Then leave a comment with your experiences or questions on the topic;)