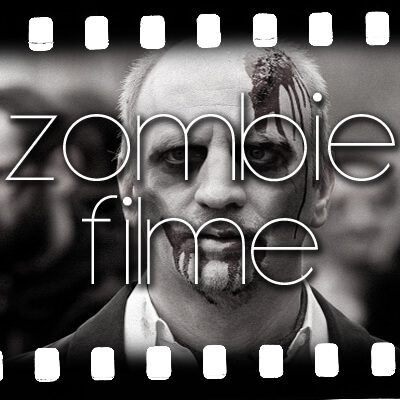 There are many zombie movies from The night of the living dead (Night of the Living Dead) over Dawn of the Dead towards Shaun of the Dead, Zombieland, Dead Snow and Planet Terror. Since there are so many movies with zombies out there, I've broken them down into three broad categories below. Of course, these categories overlap here and there, so some zombie movies would fit both cult and horror. In addition to cult film, horror film and comedy, you can also create many other zombie film genres. Nazi zombie movies, for example, have been popular for a few years ... and so on. If you have any additions or hints, you are welcome to leave them as a comment;)

Zombie cult films: The night of the living dead and co

One of the first films with zombies was of course the film “The Night of the Living Dead”. If you like zombie films but don't like old black and white stripes, you will have to fight your way through. Because of the really slow zombies in this film and on the other hand the panic fear of the (yet) not undead people, you can almost classify this cult zombie film as a comedy if you want. Here is a list of zombie movies that could be described as cult:

How George A. Romero shaped the genre of zombie films and basically brought it to life with his original zombie trilogy, that is well known Kill the Brain! to report. In addition to his zombie film series, Romero also started another new edition in 2005 (after attempts that were not so successful in the meantime). Due to the hype of the remake of Dawn of the Dead 2004, George A. Romero became more successful with his new flick.

Iconic zombie films from the 50s, 60s and 70s have their own charm. If you look at the classics by George A. Romero, you can already speak of splatter films and measure the fake blood in bathtubs. But films like “The Night of the Living Dead” are - at least these days - not really scary anymore. Larger calibres and significantly more effects have been needed for a good three decades. And these can be found in the more modern zombie horror films:

So there are a lot of zombie films and also strips that are not primarily about zombies or the undead. If you are wondering how these types of characters and the cult around them came about, what the cultural and cinematic backgrounds are, then I recommend this to you Journal of Cultural Studies: Zombies. On this issue of the ZfK, one reviewer said: "Well written and easy to read. Very interesting views and theories. A great source of literature for my master’s thesis. So I can only recommend it."

Zombie Comedies: Zombie films that make you laugh too

These films cannot do without blood and the necessary amount of violence. However, these comedies are more suitable for teens than Romero's blatant splatters. I wouldn't consider Zombie Land as bad, and certainly not Shaun of the Dead or Cooties. By the way: Elijah Wood (Lord of the Rings) and Rainn Wilson (The Office) play in the latter:

Whether iconic zombie films from decades ago, newer films with zombies that are creepy to intimidating, or zombie comedies where you can laugh heartily and perhaps get a little scared: the genre is heavily occupied with a wide variety of films. There are also series around the zombie theme. The most famous zombie series would be The Walking Dead. Zombieland should also become a series one day; after the pilot, however, the project was (rightly) discontinued.

Bottom line: it's not for everyone

Certainly I cannot satisfy all readers with this little excursion into the undead film world. If you had hoped for an Apple theme, I have one more consolation here: You can get the games in the Apple App Store Plants vs. zombies and Plants vs. Zombies 2 load;) If you are a fan of zombie films and still have additions or want to give your opinion on the films and books listed, you are welcome to do so in the form of a comment.