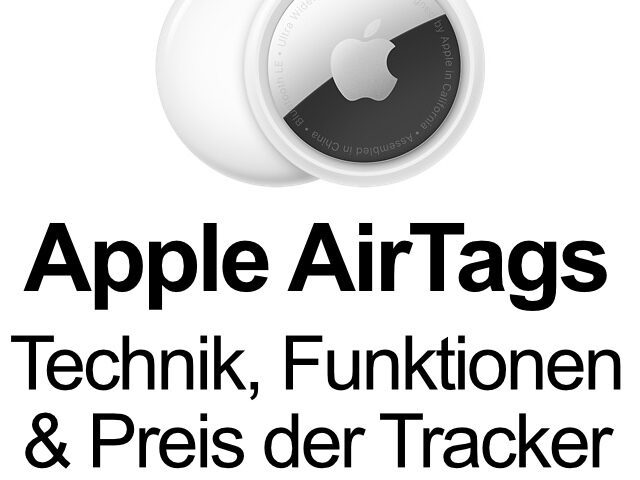 As part of the Apple Special Event on April 20, 2021 has the technology giant from Cupertino Air Tag presented. An Apple AirTag is a Bluetooth tracker that can be attached to various objects so that they can be accessed quickly and easily via iPhone and Where is? can be found. Here you get all the important information about the trackers, the technical data from the Apple AirTag data sheet as well as pictures of the product and of course the price. This varies, because you can buy the Apple AirTags in a pack of 1 and a pack of 4. Batteries are already included.

Here you will find the technical details from the Apple AirTag data sheet, the price of the AirTags and explanations of the functions. I will also show you the sometimes ridiculously expensive accessories.

In the following I have listed the technical data of the Apple AirTags for you. These come directly from the manufacturer and show how light, small and powerful the Bluetooth trackers are. 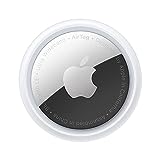 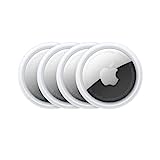 Apple AirTag price - This is what the AirTags cost

You can pre-order the Apple AirTags from Friday, April 23, 2021. They will be available from April 30, 2021. Then, in all probability, they will also be delivered. But how much do Apple's new Bluetooth trackers cost? That depends on whether you want to order a single AirTag or buy a package with four AirTags. This is what it currently looks like in the Apple Online Shop:

If you buy four trackers at the same time, which you can use for your keys, wallet, backpack / bag and bike, for example, you save a total of 21 euros. Delivery is free. Personal engraving is also free.

Requirements: Can I use AirTag with my iPhone?

In order to be able to use the Apple AirTags, there are some requirements - especially the iPhone or iPad that is to be used. With regard to the operating system, at least iOS 14.5 or iPadOS 14.5 is required. In addition, the U1 chip is required for the “exact search” function.

There comes a question: Which Apple devices have the U1 chip installed? In short, it is the 11 series and 12 series iPhones and soon the iPhone 13. Furthermore, you have to be logged in with your Apple ID, since the tracking only works for your own trackers, which are via the Apple ID or iCloud be identified.

How do the Apple AirTags work?

If you bring a new AirTag to the iPhone, the option to pair is shown directly on the smartphone display - similar to the AirPods. If you couple the tracker, you can also assign a name; So "Lisa's key", "Ben's backpack", "Janina's bike", "Max his umbrella" and so on. 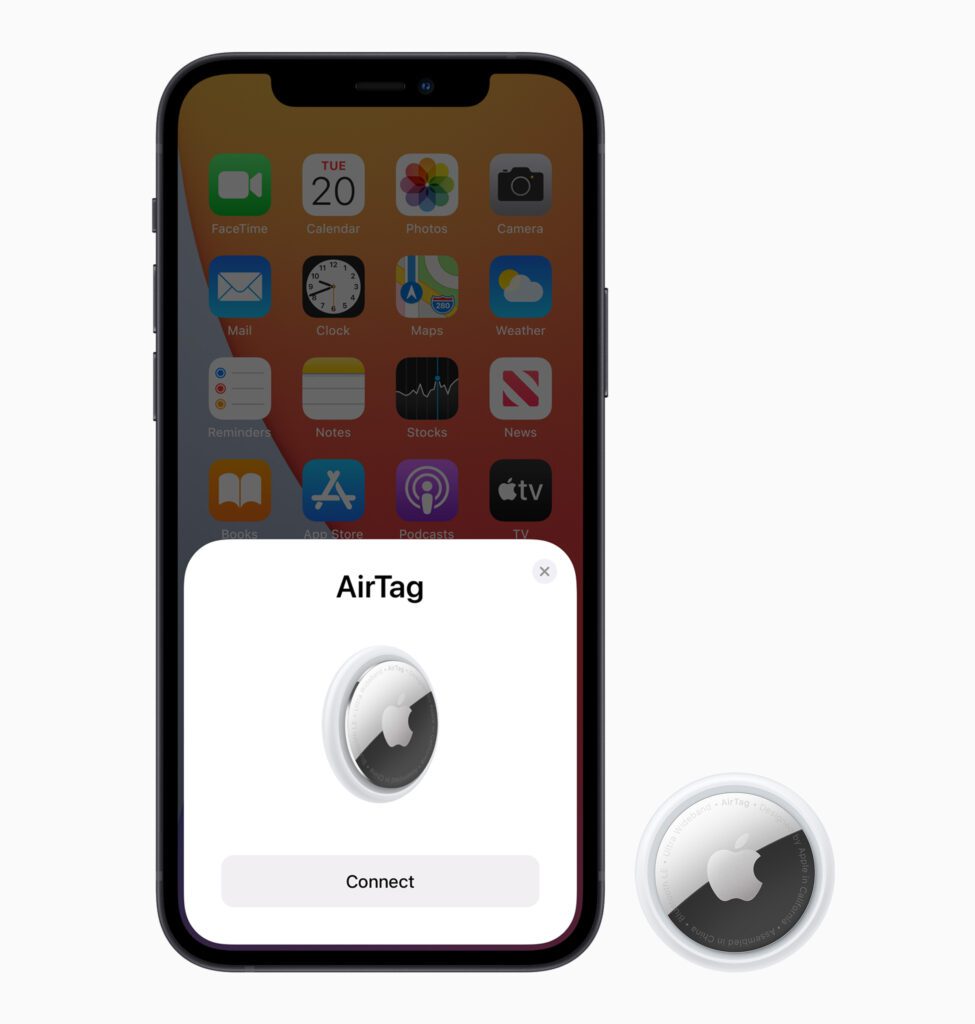 Via “Where is?” The individual trackers that have been linked to your own iPhone and thus to your own Apple ID can be tracked down. As you are used to from “Where is?” With the iPhone, iPad, MacBook and Co., the individual devices and trackers can be displayed on a map in order to find the direct route.

What is the point of the “Detailed Search” mode?

Precise search - the name says it all, because this is where the U1 ultra-broadband chip comes into play. The “exact search” function is currently only available for iPhones of the 11 and 12 series. There it then offers a direction display and a distance that is accurate to the decimal point. The iPhone thus serves as a navigation device with which you can find your AirTags and the objects associated with them to the nearest centimeter. 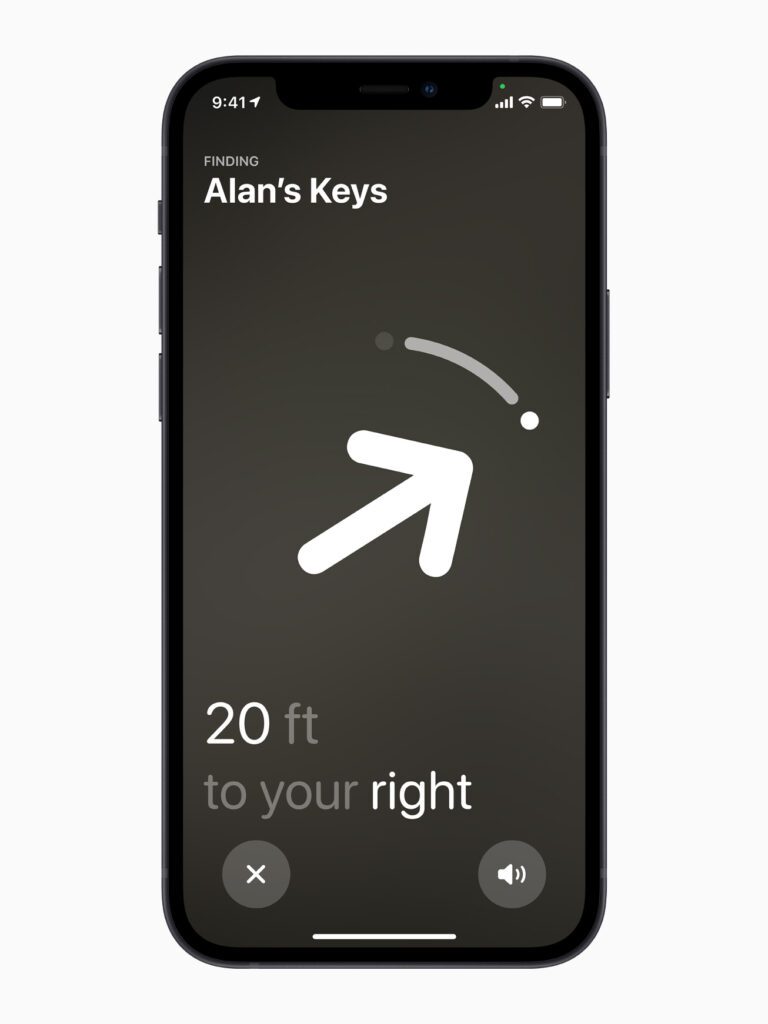 What's the point of Lost Mode?

Lost - This allows you to mark Apple devices if they have been lost or stolen. The benefit is that the location of the devices or trackers registered as lost is reported to you if another device from the “Where is?” Network finds it. 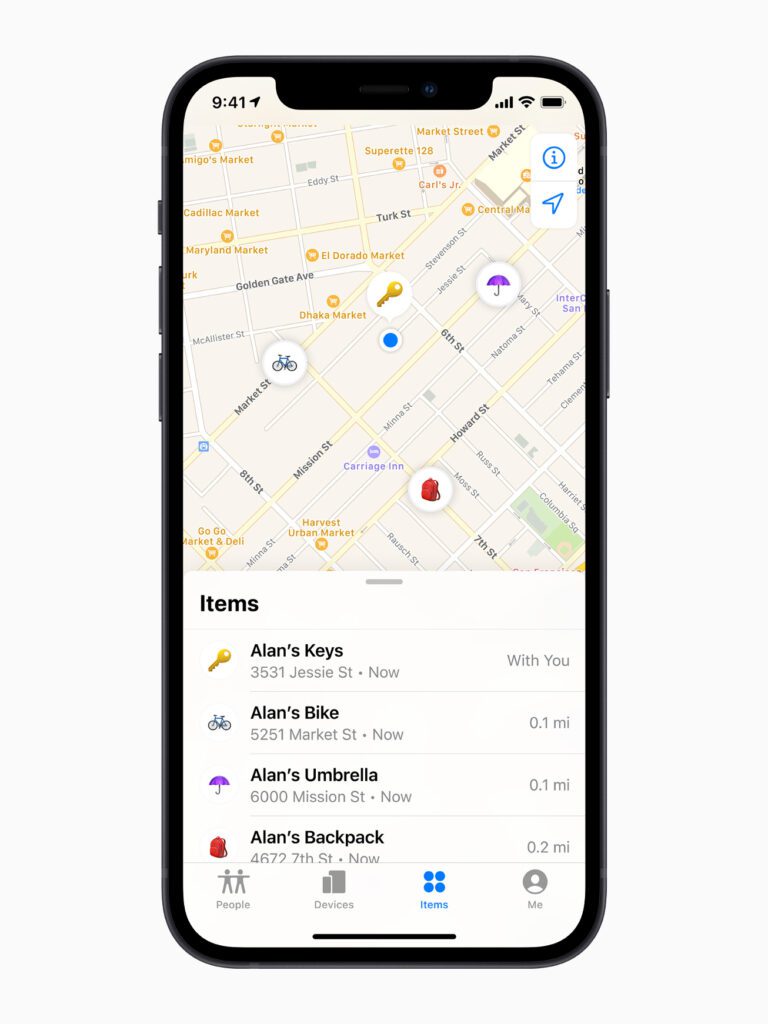 For finders, you can set that they receive your contact data on their NFC-enabled device (smartphone, tablet, etc.) by tapping the AirTag. This is not a must; but it can help you get your lost things back faster.

How do you attach an Apple AirTag to an object?

At Apple you can order AirTag tags as accessories, which are made of PU (polyurethane). However, I personally find the price of € 35,00 a bit outrageous. After all, the tracker, which contains a lot of technology, already costs just as much. There are also pendants made of leather, which are even more expensive and unnecessarily made of animal skin. For those with too much money, there are Hermès pendants for up to € 449,00.

For the AirTag accessories in the Apple Shop, I sometimes have no words.

In the backpack or in a bag you can also simply insert AirTags or sew them in for permanent installation. For the bunch of keys, bicycles, umbrellas, etc. there will soon be inexpensive third-party solutions. You can already find the Belkin Secure Holder in the Apple Shop, which costs “only” € 13,95. It is available with a flexible loop and a key ring.

What is your opinion on the Apple AirTag?

Please leave a comment if you want to share your opinion on the new trackers from Apple. How do you also find the accessories offered for this? Also overpriced and sometimes unnecessary? Or just right? I look forward to your assessments: D