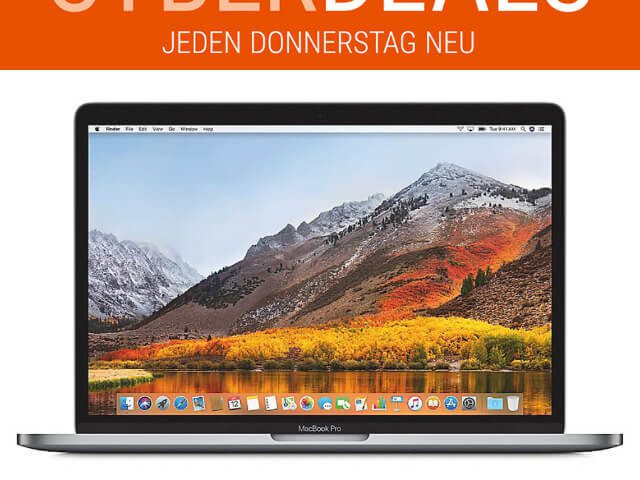 Starting today, Thursday, new cyber deals will start again at the electronics retailer Cyberport. The authorized German Apple dealer is once again offering a MacBook Pro as part of this. Instead of the recommended retail price of € 2.239,00, the Apple MacBook Pro 2018 with 13,3 “display, Intel Core i5 CPU with 2,3 GHz, 16 GB of RAM and 256 GB of storage only costs € 1.999,00. You can find the Apple MacBook Pro, which has a touch bar, including the corresponding deal with this link. You come to an overview of all this week's cyber deals from the retailer (including the Apple Mac mini!) by means of this link. Have fun shopping :)