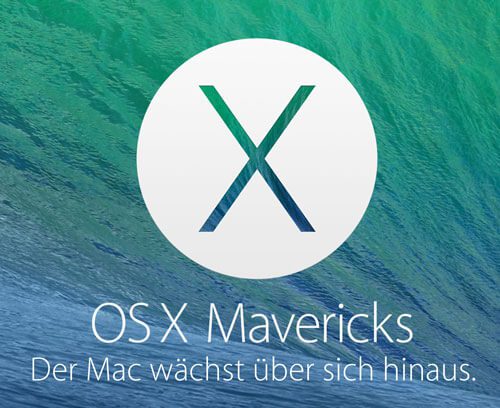 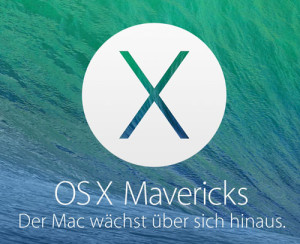 OS 10.9 Mavericks offers many innovations, but unfortunately also some incompatibilities.

The Mac OS X Mavericks operating system has version number 10.9. After the many versions with names of big cats, it is the first update that has now been given a different name. The future OS X versions will probably get names of places in California and Mavericks is the starting signal for this concept. Mavericks is the name in California for a popular surfing beach with high waves. It is certainly no coincidence that the screen background has waves.

At first glance, there is little new that a user notices. But under the hood a few things have changed that are worth noting. Some features have been built in that are intended to save electricity. This should be of particular interest to users of MacBooks. But the increased integration of iTunes and iCloud is also remarkable. This has made the connection and collaboration with the iOS devices much easier. Those who forget passwords will surely like the synchronizable keychain, which now also relieves the need to type passwords on iOS devices. And a particularly practical innovation is that Apple is offering future updates to OS X free of charge. Mavericks is the first system that can be downloaded from the AppStore without paying.

Of course there are always some programs or hardware a few days after the start that does not work with the new system. I will only briefly list what I noticed or what I was able to read on other websites. Please note that there may be problems that have already been resolved in the meantime. However, I cannot check and correct that every day ...

1Keyboard: The Mac app 1Keyboard has been causing problems for me since the Mavericks update. I can connect to my iPhone, but when I type something, it doesn't appear on the iPhone.

GIMP: Here, too, there were initially problems between [GIMP-> gimp] and Mavericks. With version 2.8 everything should work fine.

External hard drives: Western Digital warns against thisto upgrade to Mavericks when using an external hard drive. WD o-ton: "If you upgrade to OS X Mavericks, you should first remove the Western Digital applications WD Drive Manager, WD Raid Manager and WD SmartWave from the computer. Otherwise it can happen that data is connected to a Western Digital -Hard drive on a machine with OS X Mavericks will be lost. " I have an [external 2,5 inch hard drive-> external 2-5 inch hard drives] from [WD-> western-digital] and could not find any problems. However, I have not installed any of the programs mentioned above, since OS X recognizes the hard drives that way.

gmail: Apparently there are too Problems with the Mail app when using a Gmail account. Here Apple is working on a new version of the "Mail" program. Even with the provider Metanet, retrieving or moving the mails apparently leads to a crash of Mail.app.

ID card app: The AusweisApp for authentication via the Internet also seems to no longer work if you have installed OS X Mavericks.

Other software that doesn't work properly, but I haven't found any details about it: