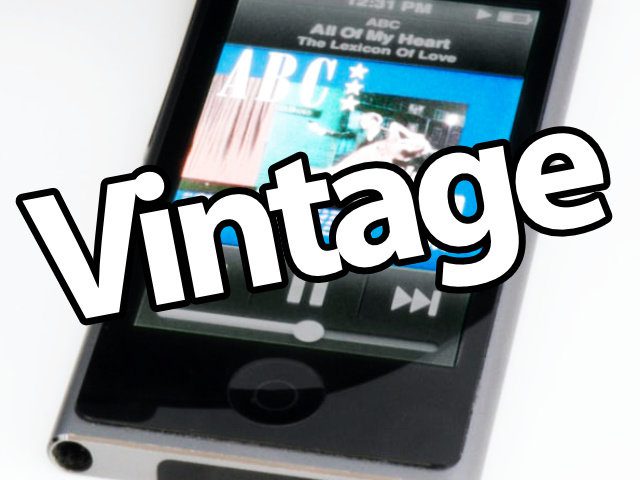 In 2012, Apple released the 7th generation iPod nano, the last of its kind. The music and video player with 16 GB of memory is now on the vintage list. This means that there will be no longer any official support for the iPad nano. A good reason to take a look at what the terms “vintage” and “obsolete” in Apple products are all about.

The Apple iPod nano from 2012 is now “Vintage” too. But what do the terms vintage and obsolete mean in Apple products? Here you can find the explanation using the example.

IPod nano is “vintage” - what does that mean now?

If you own and use an iPod nano from 2012 with a 2,5-inch touch display, 16 GB of storage space and up to 30 hours of audio playback on one charge, you don't have to worry about its functionality. That the 7th generation iPod nano is on the Vintage list from Apple has landed, is not like a kill switch that paralyzes the device.

Only there are no more official software updates. And repairs by Apple are difficult or even impossible because the spare parts are no longer manufactured and in some cases are no longer stored. A system update is only possible if an extensive security hole has to be patched.

After eight years, the last iPod nano has not yet been completely written off by Apple. Only regular software updates and a repair guarantee are no longer available. As long as the multimedia player continues to work as it should of your own free will, you don't need to worry.

What does it mean when an Apple product is obsolete?

The English word “obsolete” or the German version “obsolet” mean something like outdated, out of date or used up. Devices so designated by Apple are no longer supported according to these meanings. This means that there are no software updates (not even for major security gaps) and repairs are not possible.

Only with a lot of luck and goodwill will remaining stocks of spare parts be used to get a device running again. However, this is not officially supported by Apple. You can find out which devices are now listed under Obsolete and which are only listed under Vintage with the list linked above.