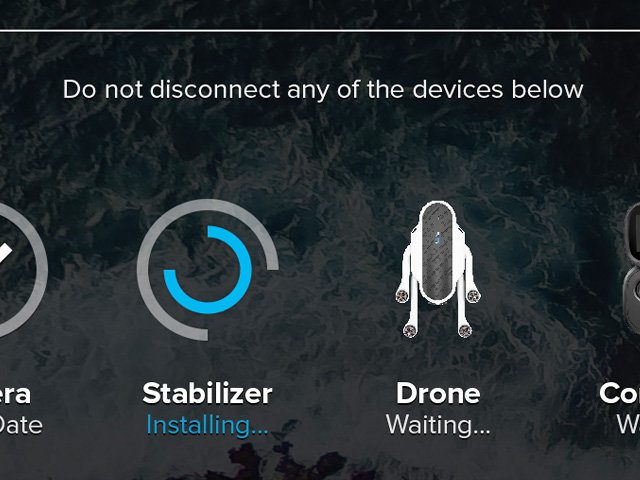 With regard to the action cam manufacturer GoPro, there is currently some interesting news, not just the new GoPro HERO 6 Black concern, but also the GoPro Karma drone. The more or less modular camera drone became a year ago presented for the first time. After less than three months it was called back. In the meantime, GoPro fans, who are also friends of drone filming, can look forward to a working device. In addition to the new camera, a software update for this came out yesterday. Details about GoPro Karma Drone v2.00 you get here. 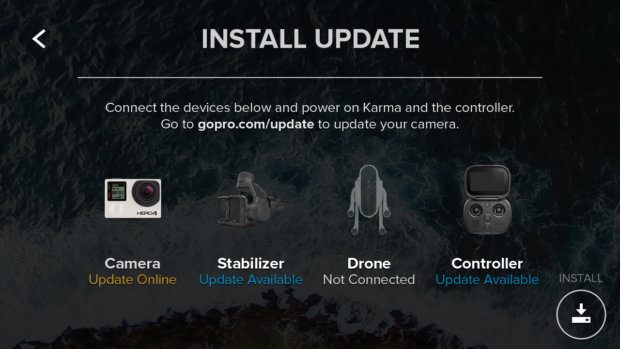 The software of the GoPro Karma camera drone as well as the controller with its own display is played on the same. If you want to update, the controller should have a minimum battery charge of 12%. There must also be a WiFi connection. The update software should be downloaded automatically when the connection to the Internet is successful. Manual downloads and installations can also be performed from the software screen. You will receive detailed instructions for the GoPro Karma Update 2017 here .

The Karma Drone v2.00 update from September 28, 2017 ensures, among other things, that the GoPro camera drone is compatible with the new HERO 6 Black. In addition, the controller and the passenger App updated to the new camera. New functions "Follow" and "Observe" are added as recording modes. They work via GPS, which is why you need a GPS transmitter to use them. The "Cable Cam" mode ensures predetermined recording routes with up to 10 fixed points. In addition, the camera can now also be swiveled upwards. All further details about the update are available auf dieser seite.

Worth reading: Drone license plates are mandatory from October 1st, 2017!

Perhaps thanks to this post you will also hear about the GoPro Karma for the first time, which with the update of September 28, 2017 now offers more functions and options. If you want to take a closer look at them or compare the different models, then you can do this here. In comparison, of course, the bundles including the GoPro HERO camera are cheaper than buying all the elements individually. In addition, the gimbal can also be used without the quadrocopter, which makes this aircraft much more modular and flexible than, for example, the DJI drones the corresponding price range.