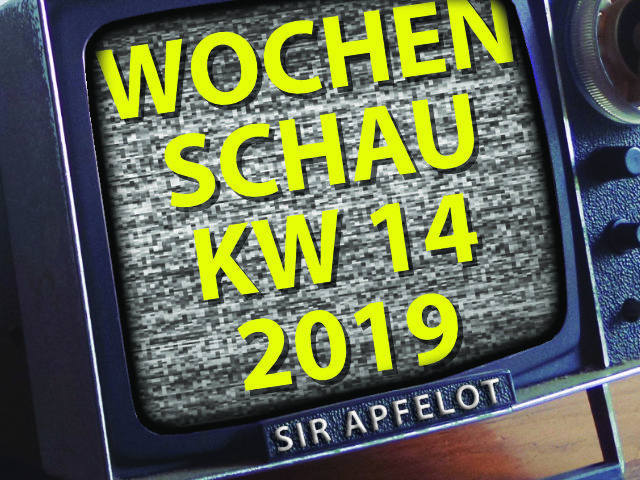 After some online publications published funny false reports on Monday, as expected, it is time for real news again on Friday. In this Sir Apfelot newsreel, I'll show you the Apple and tech news that caught my eye in calendar week 14 of 2019. This includes: Amazon headphones, IKEA sockets, WhatsApp Business, iMessages on Android, iPhones for 2019 and 2020 and a few more. Do you also have an interesting report ready? Then leave a comment with a (reputable) source;) 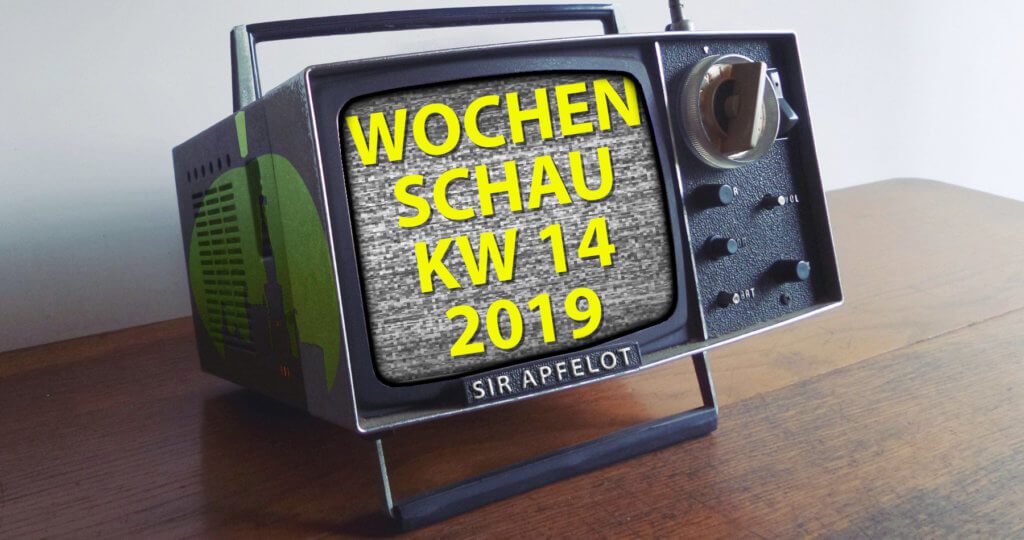 This time in the Sir Apfelot Wochenschau for week 14 in 2019: Amazon headphones, IKEA sockets, WhatsApp Business, iMessages on Android, iPhones for 2019 and 2020 and other interesting news.

Amazon headphones should compete with AirPods

After Apple launched its Second generation AirPods has brought on the market and also wants to equip the new Beats headphones with its own chip and Siri, Amazon is now planning to follow suit. The berichtet including app dangers related to a Bloomberg report. Amazon is planning true wireless headphones, i.e. completely wireless earplugs, with built-in Alexa support. One difference should be that the Amazon headphones should be designed even more for audio quality. Using Alexa, you can then use various commands, control music, read out messages and so on, completely hands-free.

While Amazon wants to compete with Apple's hardware, Apple wants to continue working on its AI. For this, the former Google employee Ian Goodfellow has now been brought on board. This is reported among others by iFun here . He is now "Director of Machine Learning" at the apple company. Goodfellow's reputation as a luminary in the industry makes the change worth reporting. Referring to MIT Technology Review magazine, he is also referred to as "The Man Who Gave Machines the Gift of Imagination." So I'm curious to see what AI innovations Apple will bring out in the coming years.

Like app dangers here reports, the market entry of the smart Trådfri sockets from IKEA in Germany has been postponed. Regarding Caschys Blog The new, expected launch date in local branches and in the German online shop is given as February 2020. Meanwhile, there is no officially communicated, understandable reason. In other (European) countries, the furniture dealer's WiFi sockets have been available for months for around 10 euros each.

Like the iPhone ticker shows, the new WhatsApp Business App for iOS is now also available for German users. The app, which has been available for Android since last year, is intended for small business owners and their customers to exchange ideas. For example, you can create a company profile, answer frequently asked questions with quick answers and use WhatsApp Web on a Mac or Windows PC. WhatsApp Business could be a reaction from Facebook in order to implement an exchange about its own services despite migrating users and thus migrating customers of companies represented on Facebook.

Only WWDC 2019 separates us from the next big (regular) Apple event September keynotethat will surely spawn a couple of iPhone models again. That's why there are always new rumors and assumptions about these devices. Among other things, 9to5Mac shows pictures from an alleged iPhone back or a metal plate, which is supposed to show the shape of the same. With three camera recesses in a triangular arrangement, the assumption that the new iPhone 2019 will have a triple camera on the back is condensing. Source of the pictures be there on Weibo, a Chinese social media platform.

There is still no camera news about the iPhones in 2020, but there is information about the type and size of the displays. So it says on MacRumors regarding DigiTimesthat three OLED iPhones will appear next year. These should come up with new display diagonals: 5,42 inches; 6,06 inches and 6,67 inches. That's smaller than the previous sizes of 5,8 inches; 6,5 inches and 6,1 inches (LCD model). One might assume that Apple has found a new solution for the selfie camera and Face ID for the next but one generation of iPhones. This would save space and still offer a large display ...

iMessages on Android - An app that shouldn't be used

You don't want to send ordinary SMS between an iPhone and an Android smartphone, but rather use iMessages? There is still no official Apple solution for this that could be used on the Android device. So a third-party client seems like the only option. Those app developers who like to incorporate malware into their programs are also aware of this. 9to5Mac is similarly suspicious get down to business and reports on the settings that have to be made, for example, for the "AirMessage" app. The app works on the Android device when paired with a Mac. However, the app needs several permissions on the Mac, including full hard drive access. Oh yes, the messages can also be read out. Sure looks different!

HomePod prices are falling in many countries

After Apple lowered iPhone prices in China and India, for example, the Apple HomePod can now also be bought more cheaply in many countries around the world. In the US, the price dropped from $ 349 to $ 299, like 9to5Mac shows. In the German Apple Store you now pay “only” 349 € instead of € 329, like iFun shows. However, alternative sources of supply are also mentioned. For example, MediaMarkt offers the Siri loudspeaker for the home in a bundle with an Eve socket for only € 288. Is the falling price a sign that Apple is giving in to other speaker prices, or is it a sign that the second generation of the HomePod is in the starting blocks? What do you all mean? Feel free to leave a comment;)