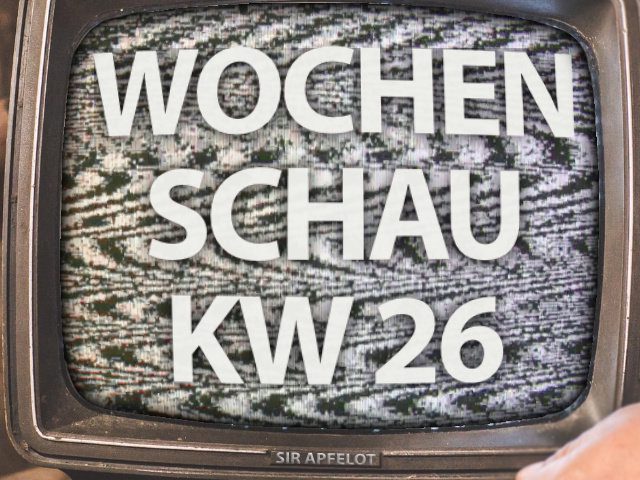 It's calendar week 26, so we've already played through half of 2020. Which Apple and tech news caught my eye this week, of course, I have compiled for you this Friday in a Sir Apfelot newsreel. The topics that await you in the following paragraphs include: the content of the WWDC20 keynote, BGH judgment against data octopus Facebook, power supply for the iPhone 12 leaked, Starlink, Opera, news about the long-awaited game Cyberpunk 2077 and more. Do you have an important message ready? Then leave it here as a comment;) 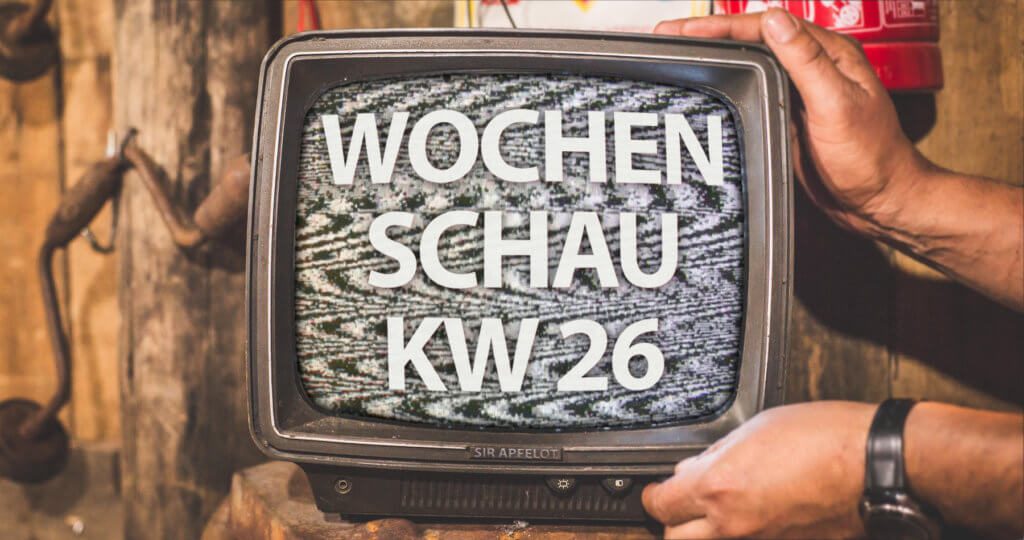 Included in the Sir Apfelot Wochenschau for calendar week 26 of 2020, among others: WWDC 2020 Keynote, BGH judgment against Facebook, Starlink Internet in Germany, Opera 69 for Mac, iPadOS 14, Nintendo, Cyberpunk 2077 and more!

Contents of the WWDC 2020 keynote

On Monday of this week it was time to start the Apple WWDC20. The World Wide Developers Conference, which this time was taking place completely digitally, began with a pre-recorded keynote that I watched for you. At this point I don't want to warm up the information, but refer you to the previous posts here in the blog:

In addition to the operating systems, this year's WWDC Keynote was also about new hardware for Mac, iMac and MacBook. Because the Intel processors are to be replaced by their own chips in the future. “Apple Silicon” is the name that was chosen for the corresponding SoC. Details on how you as a developer can get a DevKit with Apple Silicon, can be found here.

Was Intel to blame for the loss of customers?

As part of the aforementioned keynote, the development and use of own ARM chips for the Apple Mac was justified, among other things, with the fact that all Apple products will finally come with their own SoC models and thus cross-platform apps will also be made possible by proprietary solutions (i.e. iPhone and iPad apps on the Mac with in-house emulation). But Intel as the previous supplier of the processors could also be to blame for the change, such as heise online shows. A former Intel employee is said to have said that Apple found just as many bugs in the Skylake chips as Intel itself. And of course that was not good for the cooperation.

Like the specialist magazine t3n berichtet, the Federal Court of Justice (BGH) has spoken out against the market power of the Zuckerberg group. Accordingly, the data collected from the individual platforms and services such as Facebook, Instagram, Oculus, Masquerade and WhatsApp should not be allowed to be merged. At least in Germany this applies, it says at t3n. You can find more information on Facebook's dominant position, how it is exploited and the lack of options for users in the linked post.

Charging the Apple smartphone is not the greatest of emotions, but it is a step up from the power supplies for the iPhone 11 (5 watts) and iPhone 11 Pro / Pro Max (18 watts): the charger for the upcoming Pro models iPhone 12 series should deliver 20 watts of power. Who ever a 60 watt charger was used will smile at that mildly, but whoever only uses the supplied charger from the original scope of delivery will certainly see an increase in it. Incidentally, the information backed up with pictures that were leaked on Twitter comes from Netzwelt. You can with this link . view

Then again t3n does in one Entry Hope. At least for people who want to beta test Elon Musk's Starlink, the internet could soon come from the satellite. As it is said at t3n, Elon Musk's SpaceX company "a few days ago the ninth load of Starlink satellites was placed in space". There are now said to be 540 orbiting the earth. That now seems to be enough not only to plaster the night sky with disruptive elements, but also to build a stable network. The message includes a tweet from Musk, which confirms that Germany should also be a test area for it.

Opera for macOS comes with a built-in Twitter bar

Twitter has been an essential tool for gathering information, sharing important news, and more for years. With previously 140 characters and now 280 characters per tweet, the ability to accommodate even more in threads and also to share pictures, videos and, more recently, even voice messages, the short message service is in action worldwide. In Opera version 69 for the Apple Mac, a sidebar reserved for Twitter is now presented, like MacRumors at this point shows. In addition to this social media function, MacRumors shows other USPs of the Opera browser there: Ad Blocker, Tracker Blocker, VPN, Crypto Wallet, etc.

Limitations of the widget function on the iPad

As you can read in the above-linked articles on the Apple WWDC20 Keynote, widgets come on the home screen of iPhone and iPad. MacRumors shows here But there is a significant difference between iOS 14 and iPadOS 14: on the iPad, the widgets are only displayed in the Today area and as a sidebar in landscape mode (horizontal display). So if you mainly use the iPad in portrait mode (upright), you will not be able to place the widgets next to or even between the app icons. On the iPhone and iPod touch, the info tiles, which are available in three different sizes, can be pinned to freely selectable positions on every home screen page.

After the game "Animal Crossing: New Horizons“- among other things, probably due to the coronavirus pandemic - was so successful, Nintendo now wants to put the mobile gaming sector to rest. For apps like Super Mario Run or also Dr. Mario World for iOS and Android, the ambitions of the market sector, which is already rather late and reluctantly, are to be scaled down. This is reported by Bloomberg, among others here and thinks that mobile ambitions will be "frozen". In addition to the success of titles for the Nintendo Switch, the number of downloads and usage of smartphone apps fell significantly. Further information and statements from Nintendo can be found in the source (English).

Hardly any game can currently keep the hype that it built up successfully a year ago as well as the adventure “Cyberpunk 2077” presented with Keanu Reeves as a testimonial. After first impressions from some time ago and a postponement of the release, there were now new messages and even gameplay excerpts. This is how you find it on Youtube and in the following embedded a new trailer with gameplay (with very good German synchro), in a Pixelcritics-Items Information about ray tracing in the game and at GAMEtainment Info for the announcement of "EDGERUNNERS". This is the Netflix anime series set to take place in the Cyberpunk 2077 universe (Announcement video). The game will be released on November 19, 2020 for PC, Xbox One and PlayStation 4.